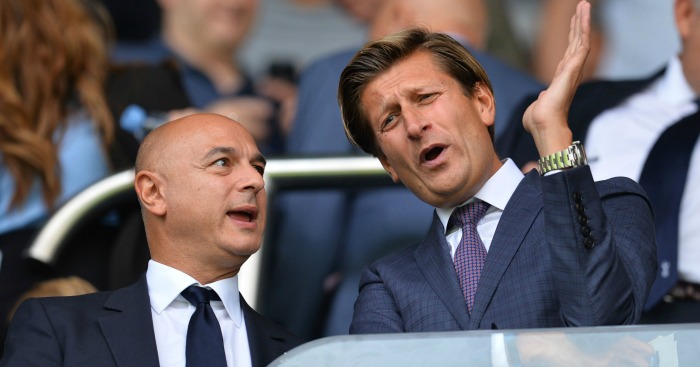 The Premier League set a June 17 date for the prospective resumption of the season on Thursday evening.

The first game back will come 100 days after the last English top-flight game when Leicester thrashed Aston Villa on March 9.

Neville, who considers the fact that many games will be free to air a “masterstroke”, added praise for Palace chief Parish.

He was one of the first figures of authority to discuss the vaunted Project Restart in a Sunday Times article, bringing a transparency and clarity to proceedings that Neville deems invaluable.

“In the initial phase, I thought the Premier League would come back – I was 100 per cent sure,” he told Sky Sports. “And then about four or five weeks ago, the lack of communication and lack of leadership I felt cast doubt over everything. The country was at the peak at that time.

“I do feel a big moment was Crystal Palace chairman Steve Parish coming out and speaking. It took courage and bravery from him to do that and it was against the grain at the time.

“He was the first person to come out with any real authority and speak in such a way that made sense about how the game could restart.

“I still, in the back of my mind, hope and pray everything moves safely right the way through the process. We’re not out of the woods yet, but it’s a big moment.

“The Bundesliga has helped in terms of giving confidence to the players, the managers and the Premier League.”