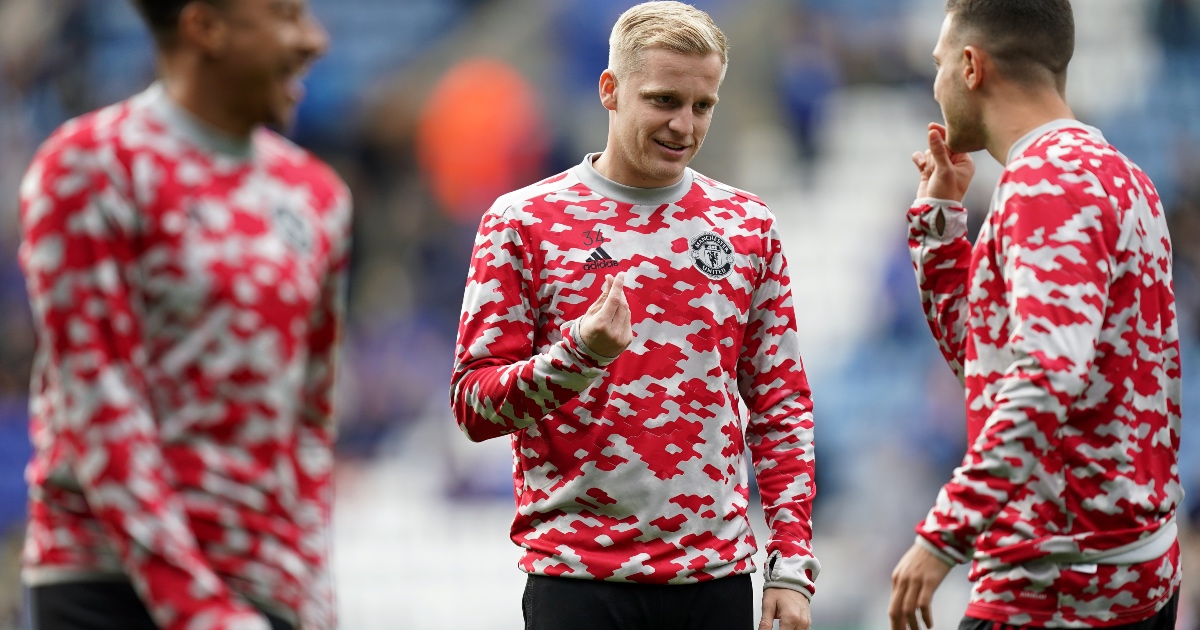 Gary Neville believes the time has come for Donny van de Beek to give up on his Manchester United career and find a new club.

The Dutchman was an unused substitute as United lost 4-2 to Leicester City on Saturday, a defeat that cranked up the pressure on Ole Gunnar Solskjaer.

The United boss has been famously unwilling to let Van de Beek off the leash, with the midfielder restricted to just four league starts since his arrival in 2020.

After consulting fitness experts in Amsterdam to improve his physicality over the summer, his game-time was expected to increase this campaign, but that has not been the case.

Neville has now instructed the 24-year-old to turn his back on Solskjaer’s dysfunctional side and resurrect his career elsewhere.

“Why’s Donny van de Beek not being given a chance?” Neville told the Metro.

“There’s something about that. He’s not been given a chance for 18 months so you’ve got to come to the conclusion that Ole didn’t sign him or he doesn’t fancy him.

“Neither is good for Donny van de Beek so I think he needs to go and play football somewhere [else].”

Another man who is yet to fulfil his potential in a United shirt is Jadon Sancho.

Sancho has only been at the club for a few months but he has failed to hit the ground running following his big-money move in the summer, with the Englishman yet to register either a goal or an assist.

Neville, though, believes that any criticism of Sancho is a “distraction” from the wider structural issues at United, such as the balance of the team in midfield and attack.

“Sancho at this moment, he’s a victim of the current performances of the team,” he said.

“You’d like a player like that to come into a settled unit and he’s just still finding his feet. I did think he played well in the last 20 minutes against Everton a couple of weeks ago. But he shouldn’t be the focus point of any criticism at this moment in time.

“Yes, of course you’re going to get criticism as a United player signed for that level of money but again that would be a distraction. I think they have to get the balance of the team right.

“Sancho, [Bruno] Fernandes, [Paul] Pogba, [Cristiano] Ronaldo and [Mason] Greenwood all in the same team, you’re going to have to get three or four of them to work like they’ve never worked before if that team is going to win against good teams because it doesn’t work hard enough out of possession.”