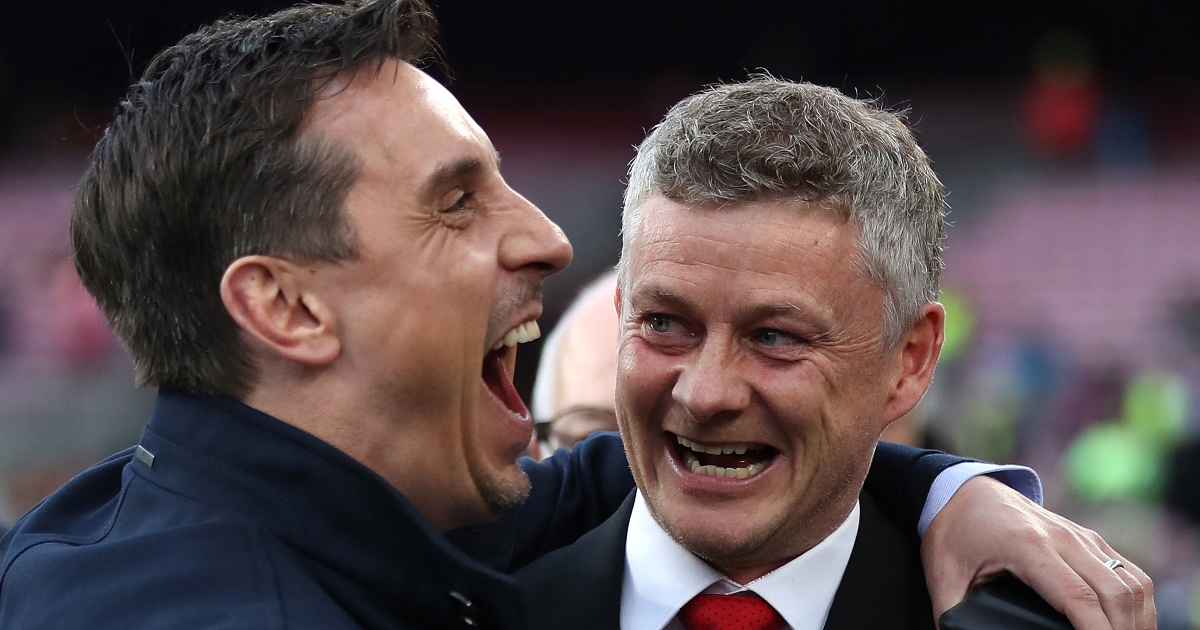 Gary Neville has thanked Ole Gunnar Solskjaer for “restoring” the “soul” of Manchester United after the Norwegian was sacked on Sunday morning.

The decision was taken by the board after Saturday’s 4-1 defeat to Watford, which made it four league defeats in five for United. Solskjaer’s position had become untenable, with United languishing in 7th – 12 points behind league leaders Chelsea.

Not only were the domestic performances concerning, but their Champions League hopes were also at risk, with progression into the knockout stages seen as vital. Michael Carrick will take charge of Tuesday’s clash with Villarreal.

Neville, Solskjaer’s former United teammate, tweeted following the announcement: “Thank you Ole. You did us proud.

“The last two months were tough but before that you restored some soul into the club.”

Expectations were high heading into the season, with fans optimistic about the prospect of a title challenge after a blockbuster summer of recruitment.

Raphael Varane, Jadon Sancho and Cristiano Ronaldo all arrived to address problem areas for United, who had finished second the season before. The hope was that Ole could take the squad one step further this time around.

The reality was far removed. Labelled out of his depth, results plunged after a positive start to the season, leaving the board with no choice but to relieve Ole of his duties.

Many fans feel the club should have acted earlier and brought in Antonio Conte, who has since been appointed by Tottenham Hotspur, but according to Neville, that “was never going to happen”.

“Everyone thought in the summer that they got the recruitment right, with the signings of Varane, Sancho and the late signing of Ronaldo,” the Sky Sports pundit said after United’s 2-0 defeat to Manchester City before the international break.

“The club have not planned for this. I know there are some United fans who think that maybe the club should have acted two weeks ago because Conte was available.

“They are not prepared for this moment because they’ve got the plan behind Ole, they’ve got the staff behind him. I don’t think there’s any chance they’ll make a decision this season unless it gets so bad.”