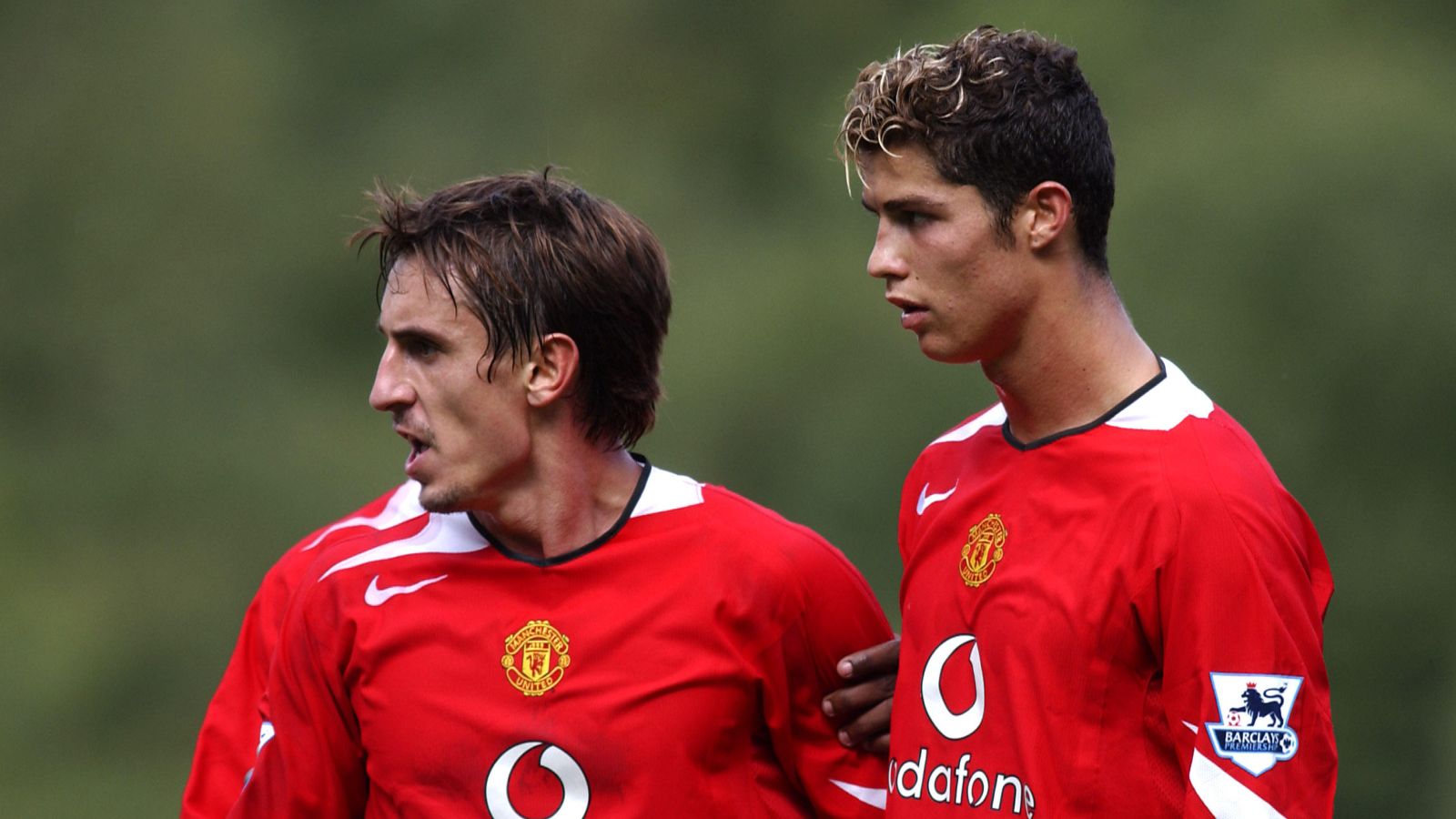 Gary Neville thinks one of Manchester United’s Premier League rivals are at least “thinking about” signing Cristiano Ronaldo in January.

Ronaldo is without a club heading into the January transfer window. His contract at Manchester United was ripped up after his full interview with Piers Morgan aired.

The forward has been looking to engineer a move away from United for months as he was reportedly not keen on playing in the Europa League.

The 37-year-old’s situation at United was made more difficult in recent months as new manager Erik ten Hag quickly realised that they are a better team without Ronaldo starting.

Marcus Rashford is back performing near to his best and they have generally performed like a more cohesive unit without the older forward in the lineup.

Man Utd were unwilling to let Ronaldo leave in the summer and it initially looked like he would be forced to stay until the end of this season to depart when his contract expires.

But he pulled no punches during his interview with Morgan, as he hit out at Ten Hag and the Glazer family.

Ronaldo has been heavily linked with a move to Saudi Arabia but Neville thinks his former team-mate will be keen to keep playing “at the elite level”.

He thinks Chelsea “are thinking about” signing the veteran attacker.

“I think he [Ronaldo] wants to carry on playing at the elite level of football and I think he’s got a cameo in him at a top club probably for the last four months of the season, where he’ll go and score 15, 20 goals and it wouldn’t surprise me at all,” Neville told BeIN SPORTS.

“It could be either [UK or abroad], it could be the UK if there is a team that will bite. It’s more likely abroad.

“Chelsea are the ones that I think are talking about it. Boehly seems to like the idea of Cristiano at Chelsea.”

When asked whether Chelsea should sign Ronaldo, Neville added: “If you are looking at it as a long-term thing, no [they shouldn’t sign him]. Two to three years, even one-and-a-half years.

“But if you are looking at a four, five-month, you want someone who can put the ball in the back of the net and it’s a pretty sure bet that he will, I’d say go for it.

“I’m not sure [they will] because I’m not sure Graham Potter will want that. I think he’ll want to build a more youthful project.”

Chelsea were linked with Ronaldo during the summer after he made it clear that he wanted to leave Man Utd.

The club’s new co-owner – Todd Boehly – was said to be open to the transfer but Thomas Tuchel was against the idea of signing Ronaldo.

Graham Potter has since replaced Tuchel but last week it was claimed that Chelsea are still opposed to bringing in Ronaldo.