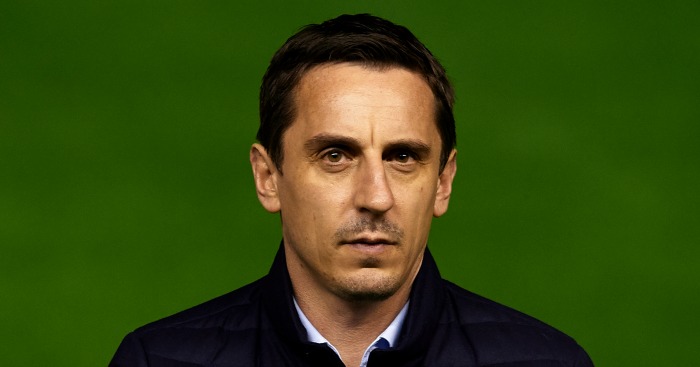 Gary Neville will return to Sky Sports and Monday Night Football next season, according to widespread reports.

In the Daily Mail, Charlie Sale reports that the England coach will accept Sky’s offer to return to the fold after his terrible spell as Valencia coach.

Before taking the job in Spain, Neville had formed a punditry relationship with Ed Chamberlin and Jamie Carragher that was widely regarded to be the best football analysis on television.

Chamberlin announced his departure from Sky last week, but Neville is now keen to link up with Carragher once more.

Neville has spoken of his desire to get back into management, but will want to pick and choose his next move after winning only three of his 16 La Liga matches in charge, taking 14 points from those 16 games.

The Sun report that Neville is likely to turn his back on other managerial opportunities to return to the television studios after the European Champiobship ends.