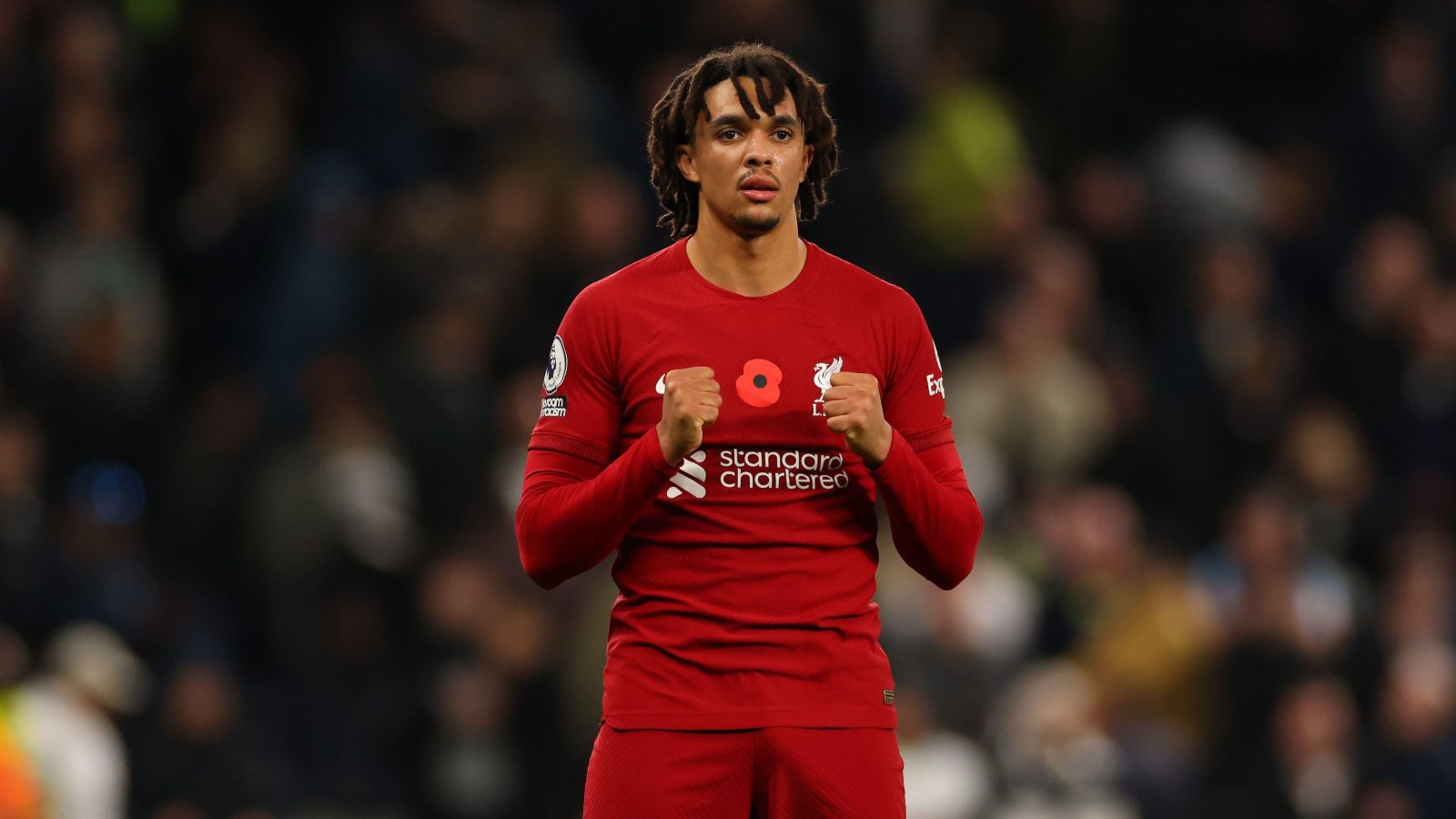 Former England defender Gary Neville is not convinced Gareth Southgate will be able to trust “rash” Trent Alexander-Arnold in the heat of World Cup battle.

Southgate names his squad for Qatar on Thursday with a debate raging over his options at right-back as a result of the Liverpool man’s lack of form and injuries to Reece James and Kyle Walker, leaving Kieran Trippier in pole position.

Neville is a fan of Alexander-Arnold as an attacking force, but is not sure he could start in a knockout game when the stakes are at their highest.

Speaking after Liverpool’s 2-1 Premier League win at Tottenham on Sunday, the former Manchester United full-back told Sky Sports: “At this moment in time, I can’t see how Gareth could go into a knockout game of a World Cup playing Trent Alexander-Arnold.

“I want this player to be the greatest right-back of all time because he’s got the ability to do that, but today at times again, he looked like he could cost Liverpool dearly.

“He does rash things. In a World Cup, there would have been a penalty against him today and in a second phase or a quarter-final, he’s given a goal away.

“I don’t think Gareth will trust him in a knockout game, which means will he then take him? He’s got four brilliant right-backs also potentially to go.”

Former Liverpool and England midfielder Redknapp said: “What you’ve got to look at is who can do something special? Who can win you a game?

“Reece James and Kyle Walker right now are under pressure because of their injuries. If they’re not going to be fit, do you really want to take that risk?

“Trent, I get, is not in great form. There were times today when he was in a tumble-dryer, he was getting thrown around everywhere. But I’m just thinking about the flip-side of it, who can do something incredible with a football, and he can.”

Southgate has already signalled his concern over Alexander-Arnold’s defensive work, but Neville believes he could still take him to Qatar to play him as a “joker” from the bench in times of need.

“I think Ben White has to go because of his flexibility to play right of a back three and right of a back four. Trippier will always go because Gareth loves him and Gareth will think he can potentially play him at left wing-back and left-back.

“That is the decision Gareth has to make.”

READ NOW: 16 Conclusions on overdue away joy for Liverpool as Spurs’ comeback kings leave themselves too much to do