Home All The News Neville, Rooney reveal one Man Utd ‘baby’ they doubted 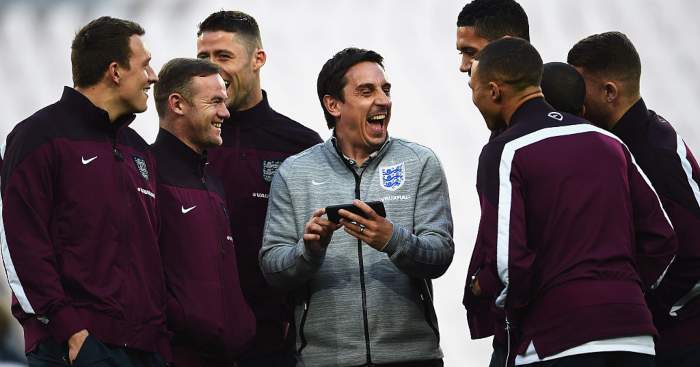 Wayne Rooney and Gary Neville have admitted they both had huge doubts over David de Gea when he first signed for Manchester United in 2011.

United’s record goalscorer Rooney had been at Old Trafford for seven years when de Gea was signed by Sir Alex Ferguson for  around £17m from Atletico Madrid.

The Spanish keeper had a lightweight frame and he was heavily criticised in the early part of his United career for making mistakes and not dominating his area like his predecessors such as Edwin van der Sar and Peter Schmeichel.

And in a Soccer Box chat with Neville from December 2019, on Sky Sports, Rooney admitted De Gea “struggled” and he admits he thought the Spaniard was out of his depth at Carrington.

However, Rooney said it was the 8-2 win over Arsenal in 2011/12 which was a major turning point for De Gea after he saved a Robin van Persie penalty

Rooney said: “This was a massive moment for De Gea in his career at Manchester United. I think it was a turning point.”

Neville added: “He looked like a baby for two years. I lost faith in him for a couple of years, I knew he had the talent but physically…”

Rooney replied: “Going from Edwin (Van der sar), when David came in I was like ‘there’s no way he is a goalkeeper’ he was so thin and small.

“He struggled, he struggled in training, he wasn’t great and I remember thinking he wasn’t good enough to play for Manchester United, but Alex Ferguson had faith in him and thankfully he did because he’s probably the best keeper in the world.”

Rooney also revealed in the same episode that Danny Welbeck’s 2014 move to Arsenal was not the choice of the former England striker.

“I loved playing with Danny and for England. His best quality was winning the ball back quickly after we lost it,” added Rooney, who is now player-coach at Derby after returning from MLS.

“It was a shame, because I don’t think he really wanted to leave. Obviously Louis van Gaal had a way he wanted to play and got rid of Danny, but it was a shame because I know he loves the club and he didn’t want to go.”