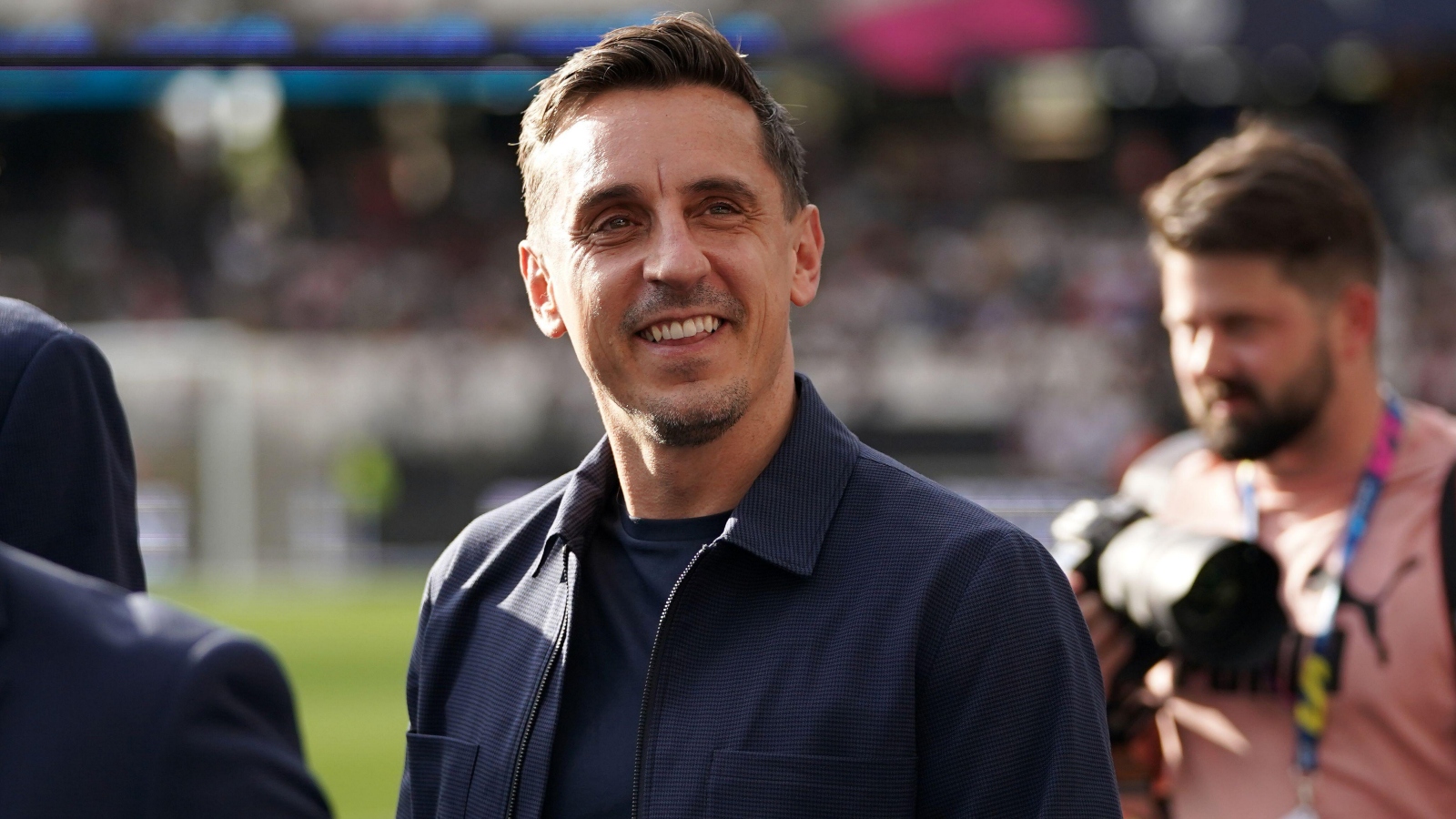 Gary Neville admits he would have “whacked” Antony during the winger’s debut for Manchester United.

The winger – signed for £83m from Ajax on deadline day – scored just half an hour into his debut for the Red Devils, as he curled in the opener in the 3-1 win over Arsenal on Sunday.

A Marcus Rashford brace secured victory for Erik ten Hag’s side, who have now recorded four wins on the bounce after defeats to Brighton and Brentford at the start of the season.

There is renewed optimisim at Old Trafford, heightened by the display of Antony, who also illustrated his skills and penchant for showmanship on his first appearance for the club.

On one particular occasion, the 22-year-old stood in front of Oleksandr Zinchenko twirling his foot aimlessly over the ball.

On The Overlap, Neville said he would have “whacked” the forward has he been up against him.

He said: “To be honest with you, when you see a player doing that your automatic reaction as a defender…” Carragher interjected: “Put him in the stand.”

Neville, punched into his hand and agreed, adding: “Yeah, you are going to get whacked.

“But from a United point of view, we have been asking for personality, confidence and character. So we can’t knock it because we have got someone out there who is having himself, massively.”

Ten Hag has heaped praise on Antony after the game, claiming that he is the missing link in United’s attack.

The Dutchman said: “He will be a threat in the Premier League. We were missing a player on the right wing.

“[Jadon] Sancho and [Marcus] Rashford can play there but they prefer the left so now we have the missing link who can play well on the right.

“We needed that on the right wing with his pace and dribbles and expression. It (the Premier League) is going be a challenge for him but we saw his potential. We have to keep pushing. I set high standards every day. Everyone has to bring it every day to Carrington.”