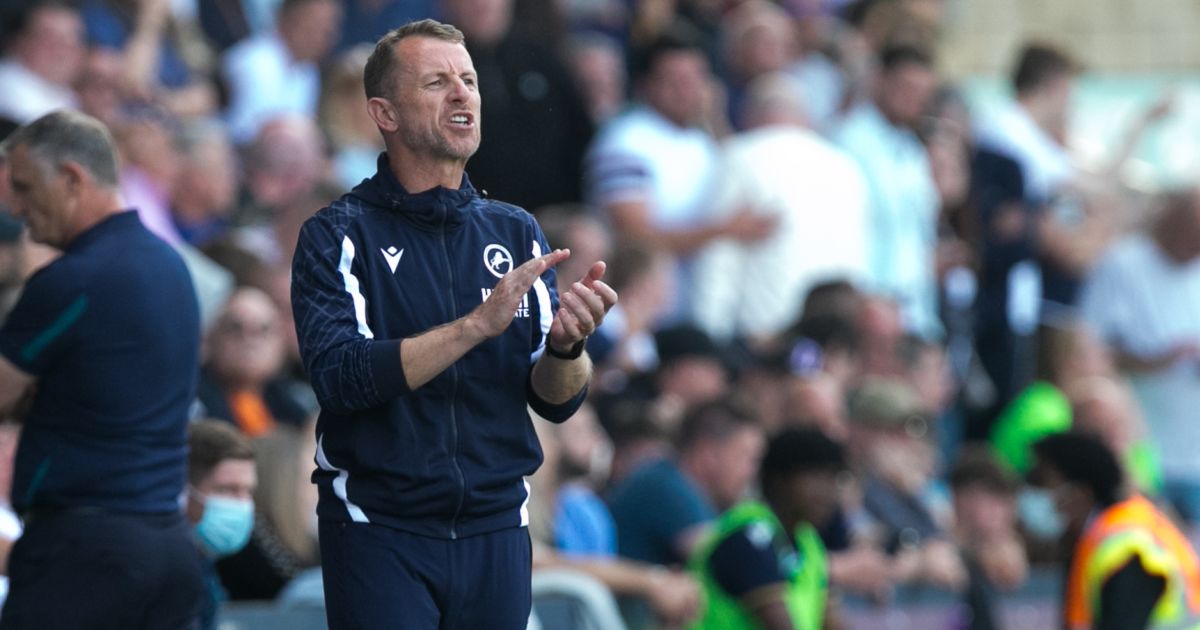 You know that bit in The Office where Gareth has made a bollocks of some maths and given a client some duff figures, conducts a thorough investigation and comes to the conclusion that it must be his calculator at fault?

It came to mind when listening to Millwall manager Gary Rowett concluding that after Millwall fans yet again booed players taking the knee that the fault must lie with the anti-racism message itself.

“What we need at the moment is, we need the authorities to help clubs out and find a better way to unify people.

“I don’t want to comment on individual people’s decisions to do that, but we need to find a way to unify people and at the moment 20 seconds, 30 seconds in a game is causing such a rift and divide in football.”

You hear this kind of argument so much from people so greatly disturbed by a short, quiet, respectful, gesture in solidarity against racism and inequality.

And the question in response is always the same. What would you be okay with? What alternative gesture, what ‘better way to unify people’ could anyone come up with that would be acceptable to those who find this anti-racism gesture so offensive they feel they have no option but to boo its very existence?

🗣 “You’re the manager of a football club, you might say you can’t control what a fan does but what you can do is condemn it in the strongest possible terms”

Jobi McAnuff is disappointed Gary Rowett did not condemn fans who booed players taking the knee before Millwall vs Fulham pic.twitter.com/BjWpFlNnFi

It’s hard to shake the notion that the answer is none. Every protest or gesture will get a “No, not like that” response from certain quarters who, if they’re really honest with themselves, don’t really want to see a different anti-racism gesture, but rather no gesture at all.

Footballers from the England team downwards have been unequivocally clear and remarkably erudite about why they take the knee. They have said again and again that it is purely and simply an act of solidarity, a simple, peaceful yet highly visible gesture designed to raise awareness of racism and prejudice. If you’re still justifying your opposition to it by insisting it’s actually about Marxism or that you are fully on board with the whole anti-racism idea but just don’t want it rammed down your throat for all of five seconds before a football match, then you’re just telling on yourself.

But more than that, by definition, any anti-racism gesture sufficiently watered down and invisible so as not to offend the sensibilities of those who are opposed to anti-racism (is there a pithier name for such people, one wonders) would also be pointless.

Because by shifting the blame onto the gesture rather than those who boo it, Rowett is not calling for something to ‘unify people’. He’s talking about appeasement; it’s alarmingly telling that at no point does he offer any criticism at all of those booing but appears to reserve all his disappointment for the gesture that ’causes’ those boos.

This is a basic failing. Taking the knee or anything else that draws attention to racism or any other prejudice in our sport is not ‘causing a rift and divide’ within football; it is drawing attention to the divide that is, demonstrably, already there. To stop drawing attention to that rift in a misguided and doomed attempt at unity is to deepen not reduce it, to allow it to grow and fester.

You might not like being reminded of football’s problems, but they won’t go away just because we stop looking. Quite the opposite.