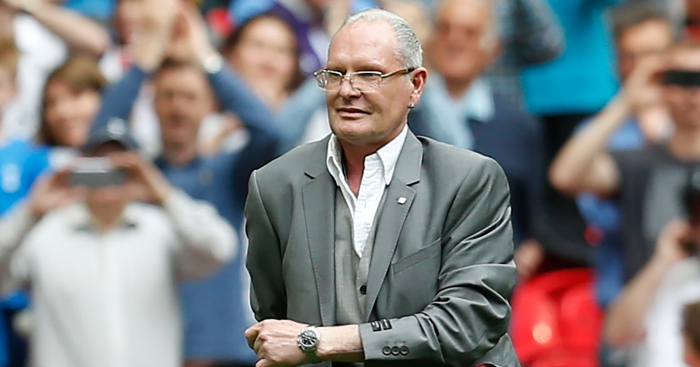 Paul Gascoigne apologised for swearing on a breakfast radio show as he was reunited with former England team-mate Chris Waddle.

The pair were midfield colleagues at Italia 90, when England went all the way to the semi-finals in their World Cup campaign.

And as the former Tottenham club-mates reminisced, Gascoigne quipped that he could get the better of Waddle on the golf course.

Gascoigne was a guest on Robbie Savage’s World Cup Breakfast show on BBC Radio 5 Live, and host Savage also apologised for the language.

England have a golden opportunity to achieve success comparable with the achievement of Sir Bobby Robson’s 1990 team, as they prepare for a second-round clash with Colombia on Tuesday, and a possible quarter-final against Sweden or Switzerland.

“Now the pressure’s on,” Gascoigne added. “Me and Chris will tell you: I grew up and trained every day to be a professional footballer and so did Chris, so it’s up to them to go out and enjoy it.”