Home All The News Gattuso reveals ‘mess’ of Tottenham negotiations 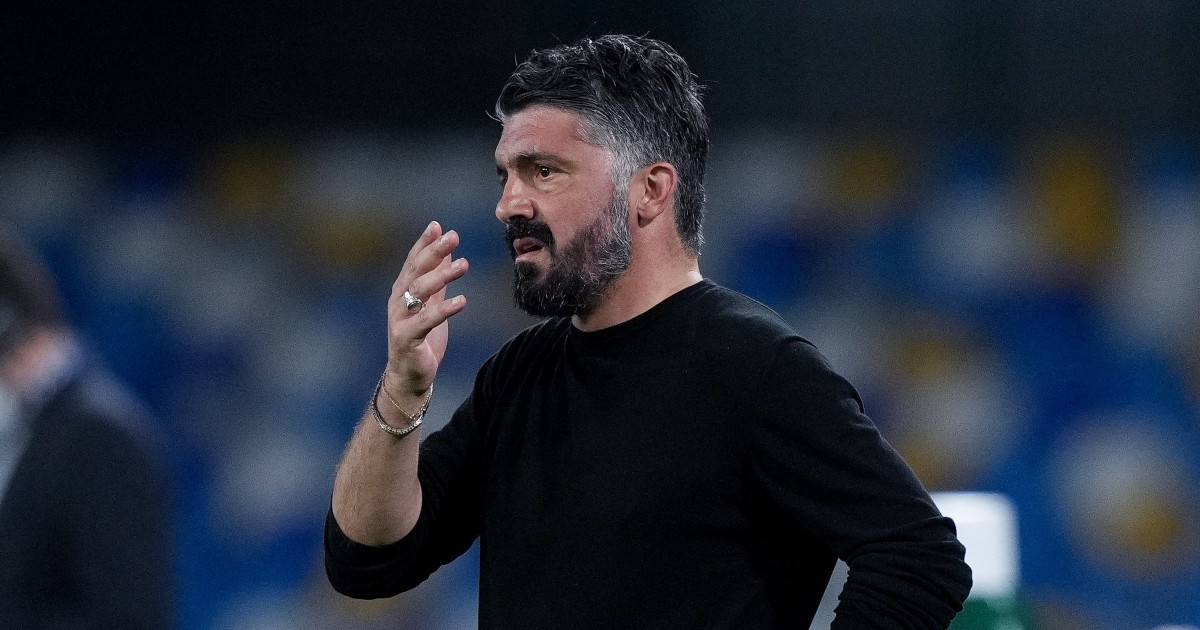 Gennaro Gattuso has told Lorenzo Insigne that “there was a bit of a mess” when he held talks with Tottenham over the vacant position in north London.

Insigne worked under Gattuso at Napoli and remains in close contact with his former manager, despite being on international duty with Italy at Euro 2020.

Spurs turned to Gattuso after failing to lure Erik ten Hag, Brendan Rodgers, Antonio Conte to the role, among many, many others.

READ MORE: The Greening of Football: It’s time for some serious changes

Tottenham were understood to have walked away from talks the AC Milan legend, but text messages revealed by Insigne offer a different insight into the negotiations.

Speaking to Football Italia, Insigne said: “We’ve texted each other, he told me there was a bit of mess.

“But now I am focused on the Euros, while he’s on holiday so I am not going to ask him such questions.”

Spurs sacked Jose Mourinho just before the Carabao Cup final this year, to be replaced by Ryan Mason, who was put in interim charge of the club as they searched for a new boss.

But that search has been a painful one.

Paulo Fonseca was heavily linked with the job before talks once again broke down, while Spurs were dealt another big blow as Julien Lopetegui rejected a “dizzying” offer to take over.

Sevilla president Jose Castro revealed: “Julen rang me and told me. He said he’d received offers he’d not listened to in addition to a dizzying one from Tottenham.

“But he said he doesn’t forget things and that he is very motivated here. We believed and believe in him, giving him a two-year contract extension, and I’m sure he will bring much more to the club.

“You see his ability and leadership every day. Some coaches are more driven by economic factors but Julen is very clear that he is happy here and he even said it would be very difficult to find a better place to work than here.”