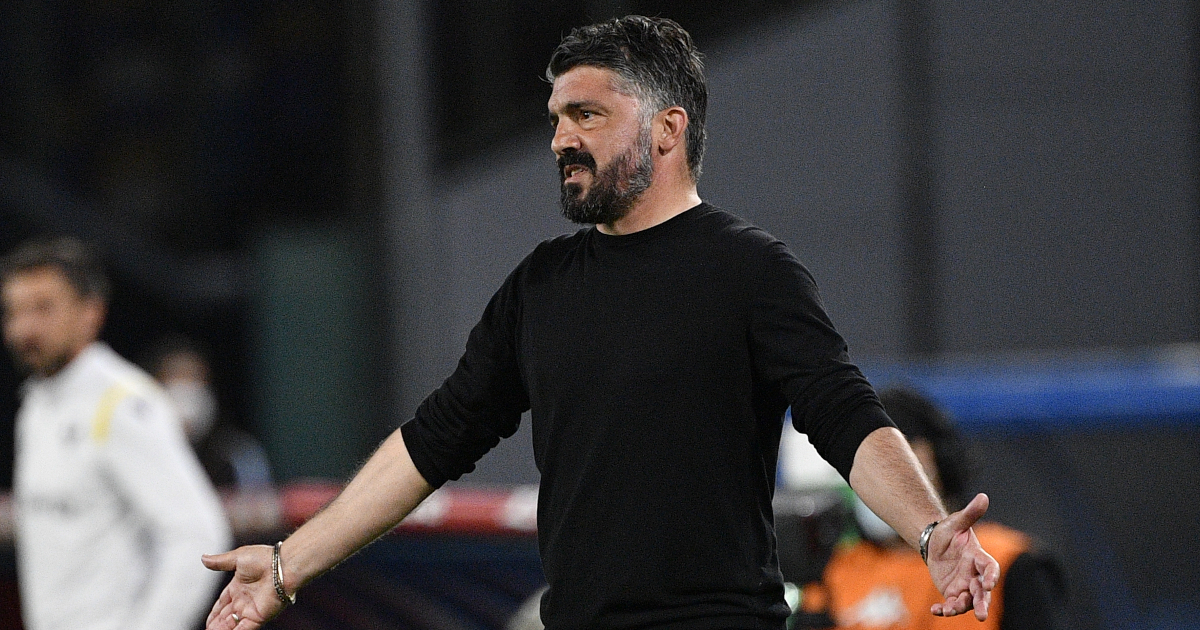 Gennaro Gattuso is expected to leave his role as Fiorentina head coach after only 23 days in charge, according to Sky in Italy.

The ex-Napoli and AC Milan boss has been in dispute with his new club regarding player signings this summer.

Gattuso’s agent, Jorge Mendes, has proposed signing players such as Sergio Oliviera from Porto and Goncalo Guedes from Valencia, but the Serie A club want to aim for more affordable signings.

Panini XI: At the Euros but not in the album

The Tuscan club are now looking for alternatives to Gattuso, as well as thinking of the best methods to resolving his contract with the club.

Names such as Rudi Garcia, who recently left Lyon, and former Leicester City manager Claudio Ranieri have been mentioned as potential replacements in Sky‘s report.

Fiorentina have also been linked with Stuttgart forward Nicolas Gonzalez, with those negotiations now in jeopardy due to Gattuso’s situation.

Gonzalez is rumoured to be a transfer target for Brighton and Hove Albion, who could now be in pole position to sign the Argentine.

Gonzalez caught the attention of Premier League scouts last season by scoring 14 goals in 27 Bundesliga appearances and could cost around £16million.

Brighton’s interest will worry Spurs officials, as they were hoping to sign Gonzalez in January.

The two English sides now look set for a transfer race as Stuttgart plan to wait for the highest bidder.

Gonzalez joined Stuttgart in 2018 for a £7.6million fee. He’s since become one of their top performers and will almost certainly reach the top.

Spurs are hoping to sign Gonzalez to improve their forward line. They have a major hole to fill after Gareth Bale‘s season-long loan ended.

It’s thought that Gonzalez would link up well with Harry Kane and Heung-Min Son, should Spurs manage to keep their dynamic duo from the clutches of Europe’s elite.

Brighton have plans of their own for the player.

The Seagulls scored just 40 goals during the 2020/21 league campaign. None of their players reached double figures, with top scorer Neal Maupay hitting eight in 33 matches.

Danny Welbeck wasn’t too far behind on six, although he’s not seen as a long-term solution at the Amex.

As a result, Brighton boss Graham Potter is keen to bolster his options. Gonzalez is an ideal solution as he would give them far more threat going forward.