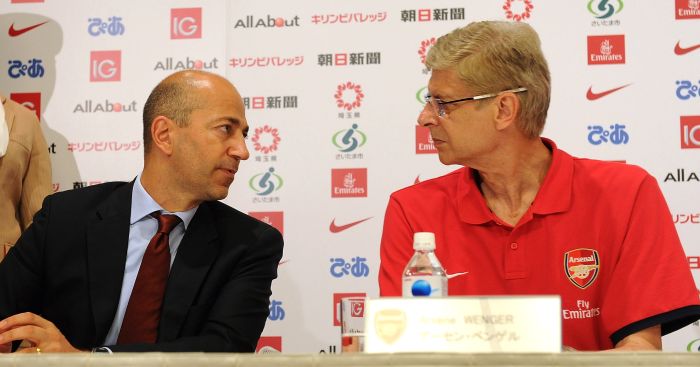 Ivan Gazidis has delivered his verdict on Arsenal’s transfer business in an e-mail sent to the club’s players and staff.

The Gunners were one of only five Premier League clubs to turn a profit, much of which was down to selling Alex Oxlade-Chamberlain on transfer deadline day.

The club almost sold Alexis Sanchez to Manchester City on the same day, but failed to sign a replacement in time.

Despite signing only two first-team players and selling over £60m worth of talent, the Gunners are content with their business.

The Daily Star have reported an exclusive pertaining to e-mails sent by chief executive Gazidis to the club.

‘At the end of the window, reviewing all activity, we have once again improved the depth and quality of the squad,’ Gazidis wrote in the e-mail.

‘Everything is coloured by results… a positive performance at Liverpool would have coloured this transfer window very differently.

‘We have had a poor start to the season but have the quality to turn it around and turn around performances and compete for the title.

‘It is time to get back to what it is all about, the football.

‘The manager and players know that the performance at Anfield was not good enough and they will be focused to put that right after the international break.’

Gazidis went on to claim that keeping Sanchez and Ozil was ‘a clear statement of our ambitions and should help refute suggestions we are just about the money. That is simply nonsense.’