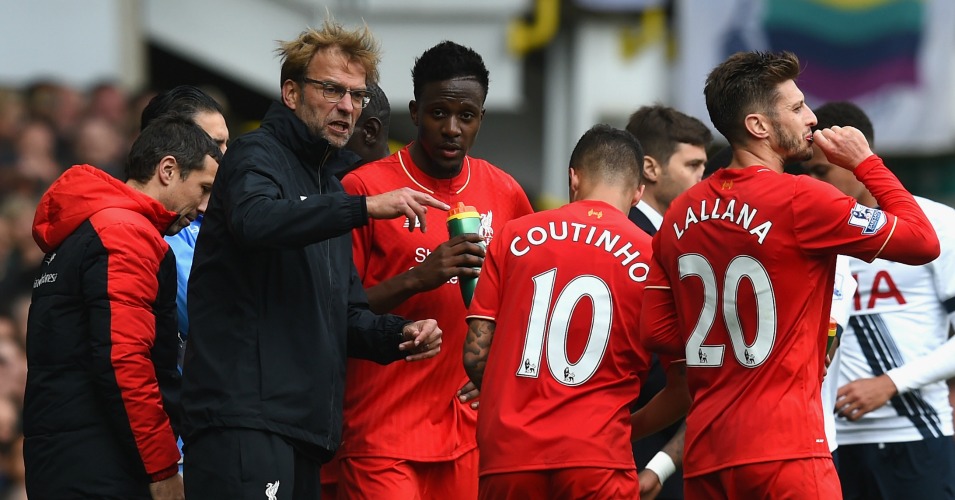 Liverpool striker Divock Origi has welcomed the “change in tactics” under Jurgen Klopp and says he will play anywhere for the German coach.

The 20-year-old has made five starts for Liverpool and believes he is improving after being given a chance in attack following injuries to Christian Benteke and Danny Ings.

The Ostend-born frontman has welcomed Klopp’s new ideas and has no problem playing where Klopp sees him best.

“One of my qualities is that I am versatile so I can play as one of two strikers, three strikers, on the wing or upfront as the main forward,” Origi told the official Liverpool FC magazine

“When you are upfront you are closer to the goal and can potentially score more often so I would say I prefer this position.

“But I am young and I will play wherever the coach needs me. It was nice to see the change in tactics and I can adapt.

“I still have a lot of things that I can show to the fans here. One of my attributes is that I can carry the ball and take on defenders in one-on-ones with my pace.

“Setting up the goal for Adam Lallana [against FC Sion] was a nice moment and I feel that I am improving my game every time I get on the pitch.”

Origi, who moved from Lille this summer following a season-long loan stint back with the club where his career began, has made eight appearances in all competitions – the most notable of which was in last month’s 0-0 draw at Tottenham, where he hit the woodwork with an early header.

“The manager has a clear objective and when I was speaking to him prior to that particular game he just told me to give it my all,” added Origi.

“Every trainer has his own way of managing and his own methods. The thing I like is that he’s very direct and can show his plan and convince everybody with his ideas very quickly.

“That is the one thing that struck me from the start of his training sessions: he is very clear in his way of explaining and his vision.

“I am a player who is quite generous and yes, I try to help the team where I can.

“I hadn’t seen those stats [covered 11km] but it is nice to know that I was able to contribute in this way.

“The chance I had with the header early on was frustrating as I was a crossbar’s width away from opening my scoring account for Liverpool.

“It was a big day for me and I wanted to show my qualities in a big game against Tottenham Hotspur and the first game of the new manager.”