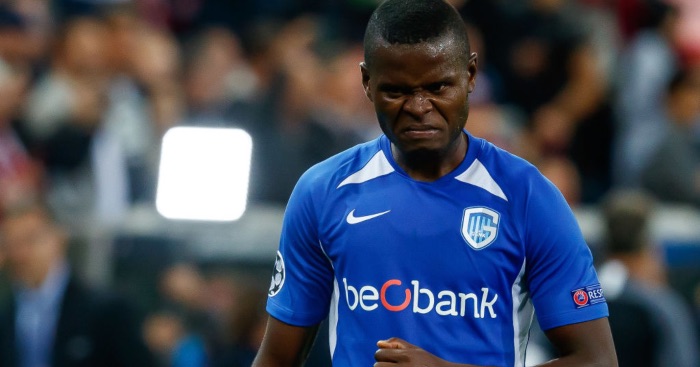 Genk striker Ally Mbwana Samatta grew up as a boyhood Manchester United fan and he hopes to take inspiration from their performance against Liverpool at Old Trafford as the Champions League winners roll into town.

The 26-year-old was born and raised in Tanzania, from where he followed English football, but it was the red of Manchester and not Merseyside which caught his eye.

As he prepares to go up against the defending champions in what he calls a “dream” game he hopes he can delight the thousands of fans watching back home.

“We believe Liverpool are a strong team now in the Premier League and European competition and we expect a tough game. We will try to break them down.

“We are playing in front of our own supporters so we want to be happy at the end of the game. We will do our best.

“I think it is a dream game. When you play football you dream about these kind of games.

“As a kid you watched these kind of games but now you are on the pitch playing the game.

“Everyone (in Tanzania) is talking about the game tomorrow, talking about Ally and (Virgil) Van Dijk, saying I have to do something against him, go past him, dribble.

“I think a lot of them will watch the game tomorrow.”