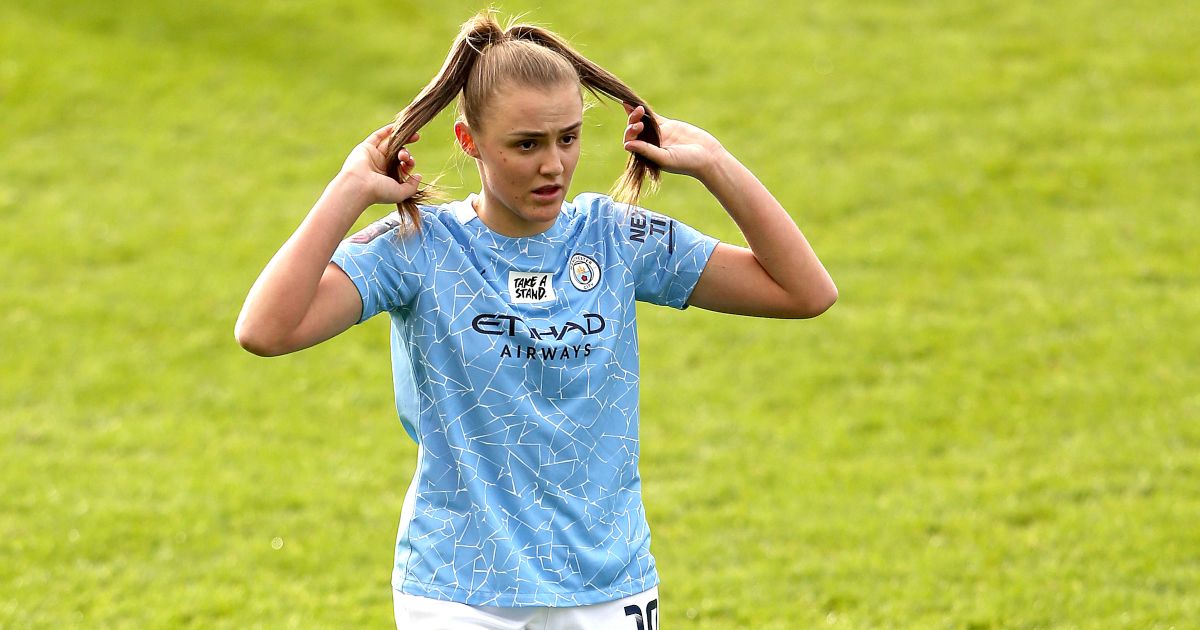 Georgia Stanway feels her versatility could count in her favour when it comes to Olympic selection but has stressed the competition for places in the Great Britain squad is fierce.

Operating in a midfield role, Manchester City’s Stanway, who has also played in positions further forward and as a right-back, was arguably England’s most positive performer in their 2-0 loss to Canada on Tuesday.

The friendly at Stoke’s bet365 Stadium was the Lionesses’ last fixture before interim boss Hege Riise next month names an 18-player GB squad for the summer’s Tokyo Olympics.

JOHNNY NIC: VAR is both salt in the wound and the knife that cut it

Regarding that squad and her versatility, Stanway said: “Yes, it could potentially work in my favour, but I’ve still got to make sure that I’ve got the quality in each position that I’m playing in.

“I’ve played in many different positions this year for City and for England, and potentially it’s just another string to my bow. I’m glad that I can do a job for the team wherever it is.

“But we’ve got a very talented squad, so it will be tough when the announcement comes out.”

Asked if she felt confident of making the squad, the 22-year-old said: “You really don’t know.

“There’s that many people challenging for specific spots, that many unbelievable players, and it’s kind of exciting for the coaches to be able to pick (from) such a talented bunch. I’ll just wait my time. If it’s meant to be, it’s meant to be.

“I’ve worked my socks off to try to get in this position and it’s been a rollercoaster, it’s had its ups and downs. You’ve just got to enjoy the ride and we’ve got club to focus on – we’ve got potentially a WSL (Women’s Super League trophy) to lift if we can get the results we need.

“So we’ll focus on that first and then if the Olympics happens for me, it happens, if it doesn’t, best of luck to the girls.”

Tuesday’s match was England’s third under Riise following a 6-0 win over Northern Ireland in February and Friday’s 3-1 loss to France. The Lionesses, who will be managed by Sarina Wiegman from September, have now suffered nine defeats in 14 games.

Nichelle Prince then added a close-range finish with four minutes of normal time remaining as she pounced on a misjudged touch taken by Karen Bardsley following Millie Bright’s backpass.

Jordan Nobbs’ 29th-minute free-kick, tipped against the crossbar by Stephanie Labbe, was the closest England went to scoring.

Stanway, who “really enjoyed” playing in the midfield role, said: “I personally feel like we’re heading in the right direction.

“We’re disappointed in ourselves for not creating enough and finishing off those final balls and obviously due to personal error – obviously KB’s owned up to her mistake. But we take it on the chin. It might knock her back slightly, but it’s one of them where it happens to anyone, to the best of us.

“In terms of the two games, it’s tier-one opposition, it’s another opportunity for us to work with two unbelievable coaches (Riise and assistant Rhian Wilkinson) and just try to knuckle down on what we want to play at the Olympics.

“We’re not at the Olympics yet – this is just another stepping stone, so potentially it’s a stepping stone in the right direction and we’re just waiting to get to our level.”