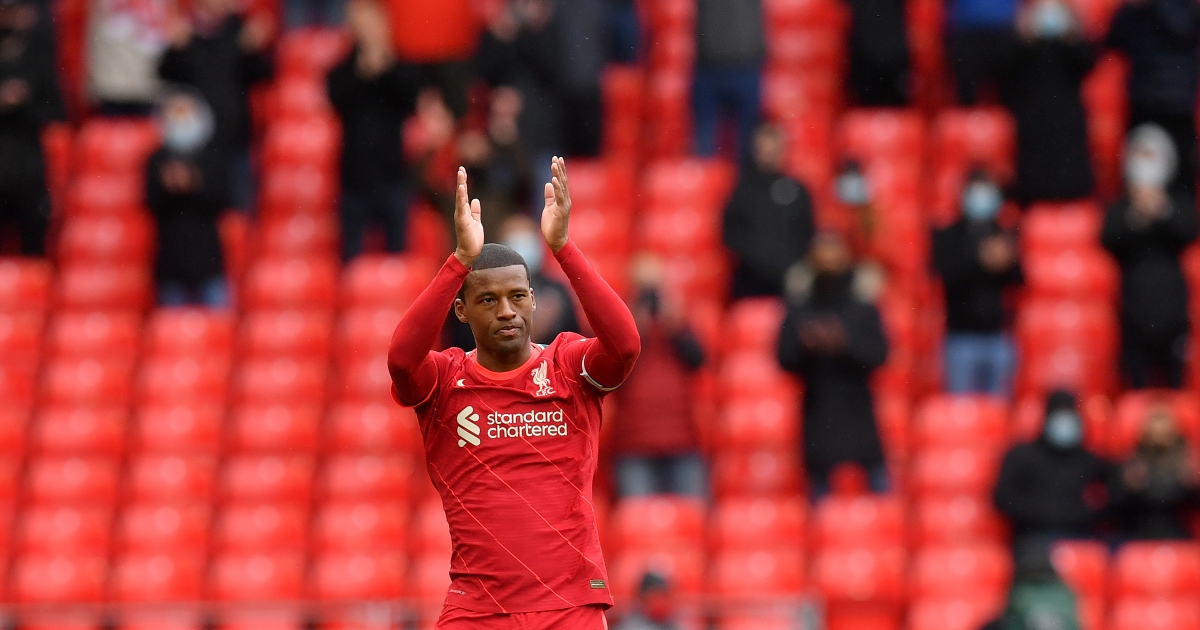 Georginio Wijnaldum is set to join Paris Saint-Germain after Barcelona refused to match the deal on offer from the French giants, according to transfer guru Fabrizio Romano.

Wijnaldum’s Liverpool contract expires this summer and it looked for all the world as though he was heading to Barcelona, where he would link up with fellow Dutchman Ronald Koeman.

Just as Barcelona were planning his medical, though, PSG hijacked the deal, presenting Wijnaldum with a bumper contract that would see him earn double as much money. With Mauricio Pochettino leading the charm offensive through several personal phone calls, Wijnaldum’s head was turned.

“Barcelona have NO intention to raise their bid after they agreement ready by 2 weeks and medicals planned.

“Gini is now set to accept PSG proposal until 2024 with salary more than doubled [compared to Barça bid].”

He added: “PSG offered Wijnaldum more than doubled salary and Gini accepted during the night.

“Pochettino called him many times in the last 56 hours. PSG now working on next steps – medicals in the Netherlands too.

“PSG want Gini to sign the contract as soon as possible after his Barça-deal turnaround.”

Wijnaldum is currently training with the Netherlands squad ahead of this summer’s European Championships, which will see his team pitted against Austria, North Macedonia and Ukraine in the group stages.

The midfielder finished the campaign strongly with Liverpool, starting four of their last five Premier League games as Jurgen Klopp’s men took 15 points out of a possible 15.

The winning streak saw them qualify for the Champions League on the final day, setting the scene for an emotional send off for Wijnaldum.

The Dutchman had a knack for producing big moments on the big occasions, most famously with his two goals in the 4-0 demolition of Barcelona in 2019.

The writing has been on the wall for his departure for some time, but Klopp was still sad to see him go.

Speaking to the club’s official website after victory over Crystal Palace on the final day of the season, Klopp said: “Each club who is interested in him should call me and ask about him.

“Then you will take him, definitely, because I could not be more positive about what he did here. It’s incredible.

“I told him that after the game, he sees it the same way and the goodbye would not be tough if the time you had together was not worth it. So, it’s really tough because we had a great time together.”