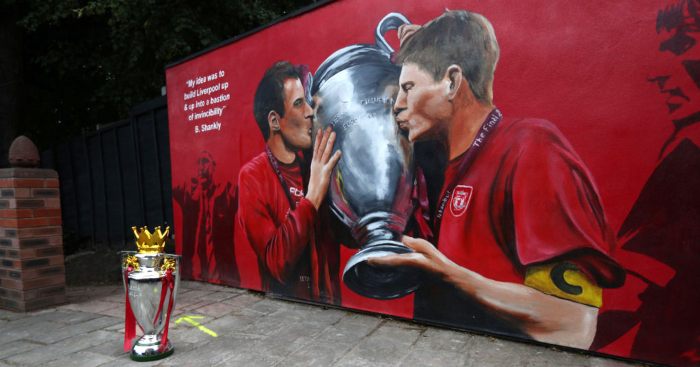 The former England international made 710 appearances for Liverpool during his time at Anfield, captaining the club to Champions League glory in 2005 as they came from three goals down to beat AC Milan on penalties in the final.

Keita, meanwhile, has failed to hit the heights that saw him earn a £48m from RB Leipzig with the Guinean midfielder only appearing in 20 matches in all competitions this season.

He has come under microscope this term, despite Liverpool winning the Premier League title, with Jamie Carragher commenting in February that Keita’s statistics show “a top player”, but “I don’t feel like I see that with my eyes”.

However, Houllier reckons Keita will be a fixture in the Liverpool team for years to come once he becomes a regular in the starting XI.

“Keita was playing for a ‘championship’ team in France,” Houllier told the Liverpool Echo. “They were struggling but he was playing everyone off the park.

“Like when I saw Steven Gerrard; he was practically everywhere and his maturity was impressive, even under pressure. I recommended Salzburg buy him and they followed me.

“He has a good attitude. Once he fits in the [ Liverpool ] team, he will stay there.”