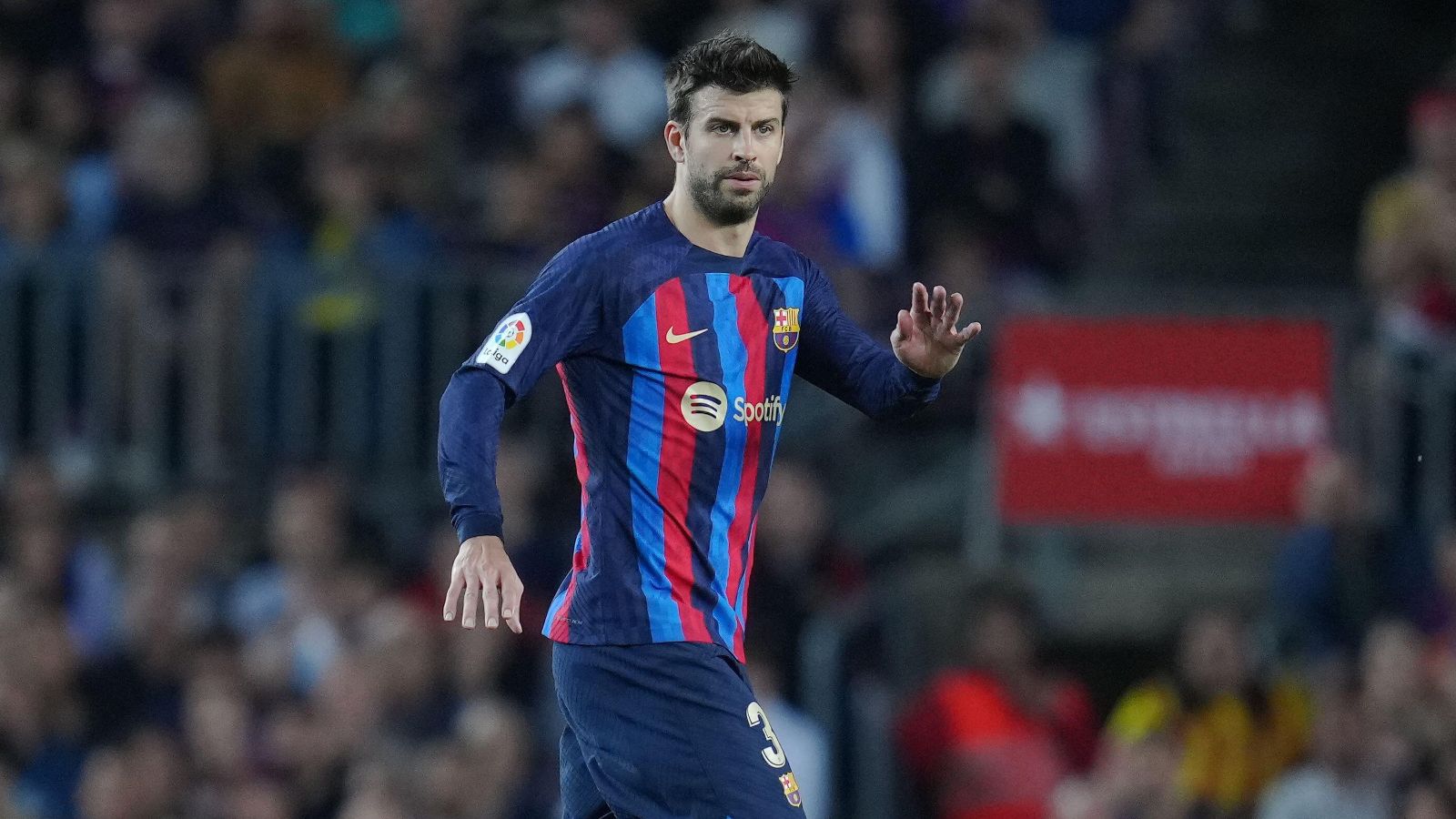 Former Man Utd defender Gerard Pique has announced that he will play his last game for FC Barcelona this weekend and he has hinted at retirement.

The 35-year-old has confirmed that he will quit the Spanish giants after Saturday’s home game in La Liga at Camp Nou against Almeria.

The defender said in a video posted on Twitter: “I have always said that after Barca there would be no other team and that is how it will be. This Saturday will be my last game at the Camp Nou.

“I wanted to tell you now is the time to bring this journey to its end. I will become a regular fan, I will support the team and pass my love for Barca to my children.

“You know me, sooner or later I will be back.”

Pique made 533 appearances for Barcelona after returning to the club from Manchester United in 2008 having initially moved to Old Trafford in 2004.

Earlier this year, he appeared on Gary Neville’s YouTube show, The Overlap. During this interview, he spoke about his close relationship with Barcelona legend Lionel Messi.

Pique admitted that he “cried for Messi” when it was made clear that he would leave Barcelona to join PSG last year.

“I cried when Messi left Barcelona. I cried for him. For the career he had at Barca, it would have been great if he had stayed until the end of his career at the club.

“I can understand why Messi couldn’t renew. The club was suffering a lot economically because of the past president and how he managed the club.

“At the end of the day, these are things that happen in life. Sometimes you make a decision and things don’t work out.

“For Barcelona and the fans Messi was like a God, it would have been great if he stayed.”

The centre-back also won the World Cup with Spain in 2010 and European Championship in 2012, making 102 appearances and scoring five times for his country before retiring from international football in 2018.