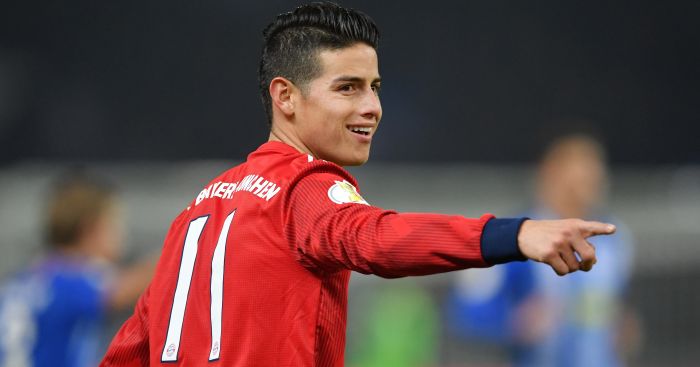 James Rodriguez is unlikely to be a Bayern Munich player in August, according to German football expert Raphael Honigstein

Rodriguez joined Real Madrid for all of the money in summer 2014, but struggled to make much of an impact in the Spanish capital.

He joined Bayern on a two-season loan last summer but has fallen out of favour under Niko Kovac.

Arsenal investigated the possibility of taking over his loan at the cost of about £3million during the January transfer window.

And Honigstein thinks that Rodriguez will be off in the summer with Juventus also mooted as a possible destination.

“Despite all his undeniable skill, he’s not done enough to convince successive coaches that they should build their team and system around him and his preferred No. 10 role,” Honigstein wrote in his column with ESPN.

“What he really wants, in terms of importance and freedom on the pitch, is probably unattainable at Bayern Munich.

“On top of that, there are serious doubts whether he really wants to stick around for much longer, either.

“His father, Wilson, this week talked up the potential of James joining Juventus at the end of his loan this summer.

“Stranger things have happened in football. But as things stand, Bayern fans are best advised to enjoy the South American’s trickery while they can.