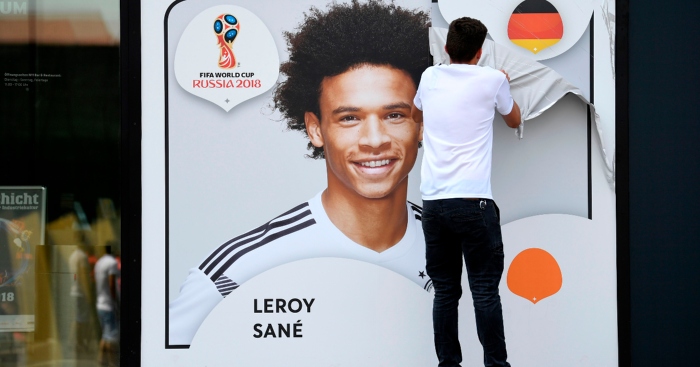 Sane was left out of Germany’s World Cup squad this summer, much to the chagrin of loads of people who have never watched Germany.

The world champions started the defence of their title with a disappointing 1-0 defeat to Mexico, in which they took more backward steps in 90 minutes than they had in the previous six years.

Danny Murphy was particularly critical of Joachim Low’s decision to leave Sane out.

“I’m amazed that some of the senior German players didn’t go and see the manager,” said Murphy on BBC 5 Live.

“You can’t compare the other two lads who played.

“Muller and Draxler? They couldn’t lace his boots.

“Talk about Muller’s experience – fine, he can nick a goal. But who would you rather play against?

“He’s better than what they’ve got. Simple as that.

“He is better than what is on the pitch for them in any of the positions.”