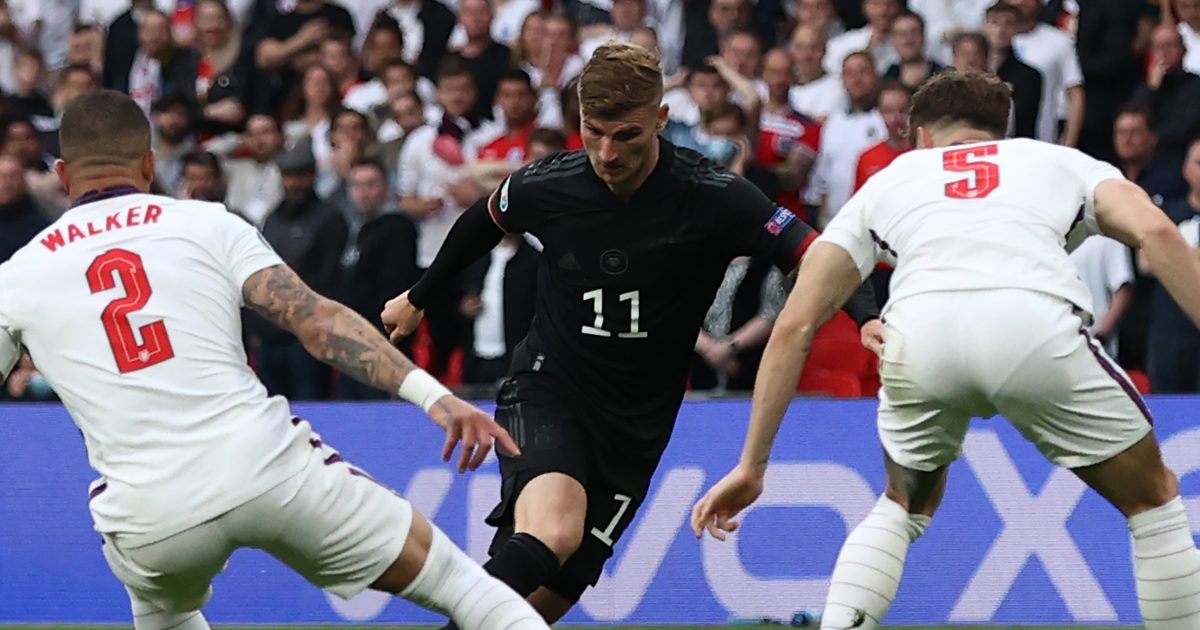 Germany forward Timo Werner has suggested that England have “what you need to win the Euros” this summer.

Gareth Southgate’s side finished top of Group D at Euro 2020 with seven points. This came after they drew 0-0 with Scotland but beat Croatia and the Czech Republic 1-0.

This set England up with a Round of 16 tie against Germany at Wembley. The hosts were the better side over the course of the 90 minutes.

Late goals from Raheem Sterling and Harry Kane secured England their first win over Germany in a major tournament knockout game since 1966.

The Three Lions then faced Ukraine in the quarter-finals of Euro 2020 on Saturday. It proved to be a comfortable evening as goals from Kane (x2), Harry Maguire and Jordan Henderson sealed them a 4-0 victory.

Southgate’s men face Denmark in the semi-finals on Wednesday. The winner of that tie will come up against Italy or Spain in the final at Wembley on Sunday, July 11.

Werner is a guest at this weekend’s Formula One Austrian Grand Prix. As cited by the Daily Mail, the Germany international admitted that England deserved to beat his side in the Round of 16:

“Yesterday [vs Ukraine] for sure was a brilliant game from them they were the better team in the game on Tuesday [against Germany] so they have it all what you need to win the Euros and I wish them all the best.”

Elsewhere, Chris Waddle has backed Kane to make the difference against Denmark:

“I think they’ll get chances – they’ve proved that in every game they’ve played, Denmark, they’ve had a lot of chances. Whether they take them or not is a different thing. That’s what it’s all about on the night.

“I think England will create chances. England are very strong at set-pieces, but saying that, Denmark are. It’s a good match-up.

“When you look at the teams and you match them up, the difference may be – and he’s hit form now, for me – the difference on the night could be Harry Kane.”