Home Mediawatch Has Gerrard achieved MORE than Arteta? Has he balls 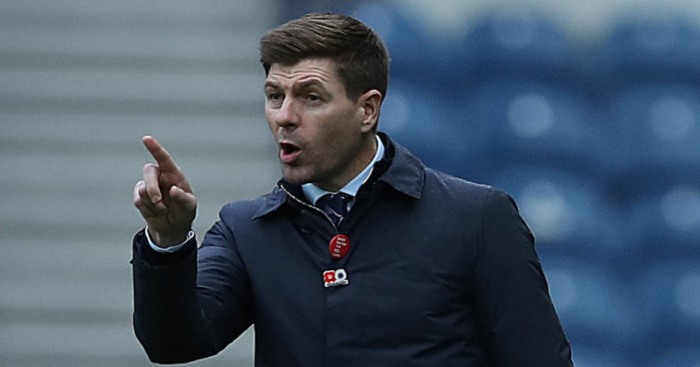 The headline is certainly eye-catching.

‘Steven Gerrard has already achieved MORE as a manager than Lampard, Arteta and Solskjaer and sees a lot of Benitez in Rangers’ performances…halting Celtic’s ’10-in-a-row’ would help him on the long road home to Liverpool’

We hate to be that dickhead (we don’t) but that is bollocks. Gerrard has not won a single trophy in over two years as Rangers manager while Mikel Arteta won an FA Cup within his first half-season as a manager. Arsenal beat Chelsea in the FA Cup final while Rangers lost to Hearts – later relegated – in the quarter-finals of the Scottish Cup. It’s incomparable.

While it’s true that Gerrard has improved Rangers, claiming that he has achieved more (sorry, MORE) than managers in a much more competitive league is utterly bizarre. You are not comparing like with like. It’s like writing that Veljko Paunović has achieved MORE than Lampard because his Reading team is top of the Championship.

But maybe the MailOnline mega-headline does not reflect Ian Herbert’s piece? Let us begin…

‘It’s fair to say that some people worried for Steven Gerrard when he headed off to manage Rangers a few years back.

‘The team had just been eliminated from the Europa League by Luxembourg’s fourth-best side, Progres Niederkorn, at the time – a humiliation which saw his predecessor, Pedro Caixinha, remonstrating with fans while standing in a bush.’

Oh wow. That is quite the start. Rangers lost to Progres Niederkorn in July 2017 and Gerrard took over in June 2018; that’s not ‘just’ in anybody’s book. And Gerrard’s actual predecessor was Graeme Murty, whose win percentage of 62.07% is barely a cock hair worse than Gerrard’s of 63.7%.

‘Rangers had just finished 12 points adrift of Celtic – and were financially way adrift of them – when Gerrard pulled on the navy blue suit he’d had ready for days, to greet the 9,000. But now, having significantly improved the side in each of the last two seasons, he has them sitting top of the Scottish Premiership – nine points clear of Celtic, a side they justifiably beat 2-0 away, three weeks ago.’

Celtic have two games in hand, and that does feel quite important.

Also, that 12-point gap did become nine points (which does not feel revolutionary) in Gerrard’s first season, but 2019/20 was abandoned with Rangers 13 points adrift of Celtic after a series of results which included a 1-0 loss at home to Hamilton.

‘Little of all this seems to register in England, where the all-consuming Premier League narrative drowns everything out. But compare Gerrard’s foray into management with those of the contemporaries who have made the same leap – Frank Lampard, Mikel Arteta, Ole Gunnar Solskjaer or, at a push, John Terry – and you have to say he’s achieved more than any one of them.’

John Terry is not a manager – at any push at all – but let’s look at the others.

And then he took Chelsea to fourth and an FA Cup final. Not a phenomenal achievement but certainly worth mentioning, particularly as Chelsea were operating under a transfer ban. That’s all probably on a par with Gerrard narrowly improving Rangers.

‘Arteta won an FA Cup after leaving Pep Guardiola’s side but is yet to demonstrate that a hardly-impoverished Arsenal are that much better.’

We think that FA Cup might be quite important, especially as they beat Manchester City and Chelsea along the way. We believe that is demonstrably better than being top of the Scottish Premiership a third of the way through a season.

‘Solskjaer took Cardiff City out of the Premier League and has taken Manchester United nowhere.’

Are we just ignoring those two actual Norwegian titles? The first came after Molde had finished 11th the previous season.

‘Terry is yet to surface from the Aston Villa coaching staff.’

This is excellent. We are not fans of John Terry but he coaches a club with the joint-best defensive record in the Premier League who have beaten Liverpool and Arsenal this season. Yes, he is ‘yet to surface’ from that example of coaching excellence.

Even Gerrard would be embarrassed by this particular nonsense.

This week he did an interview with TV1 in which he talked effusively about Jurgen Klopp and Liverpool.

Somebody translated some of those quotes thus:

“When I first signed at Anfield, I was asked what my feeling was and I said, for it to be perfect, I had to play in a full stadium to have that even more special feeling. It feels bitter not being able to feel the atmosphere of Anfield.”

‘Jota left with ‘bitter’ feeling at Liverpool despite flying start to spell at Anfield’ – Goal.

‘Diogo Jota admits he is “bitter” about Liverpool situation that is out of his hands’ – Mirror.

Mediawatch despairs. We have developed something close to affection for the Mirror‘s Jake Polden for his determination to make news out of old quotes, demonstrated by Wednesday’s ‘hint’ from Ronaldo about a Manchester United return that dates all the way back to 2014.

Amid? He said it six sodding years ago.

And as for the ‘REVEALED’ tag…Richard Forrester, behave yourself.

One foot in the rave

Over at the Mirror website, this was their most-read story on Thursday morning:

Already? When? And who is this ‘potential Joe Gomez replacement’?

‘Amongst those who could get a call-up to the first-team is Billy Koumetio, who made his mark on Jurgen Klopp and his team-mates in pre-season.

‘The Athletic revealed ahead of the Community Shield that Reds first-team stars were left ‘raving about how good he is’ with the French prospect creating a ‘buzz’ after his involvement.’

Ah. It’s Billy Koumetio – not really a ‘potential Joe Gomez replacement’ at all; he has not made a bench since the Community Shield while Rhys Williams and Nat Phillips have played actual games at centre-half for Liverpool.

And ‘already’ is late August, long before anybody knew that Liverpool would lose two centre-halves to long-term injury.

Still, you got your precious, dirty clicks.

Alistair Magowan on diversity at Brentford