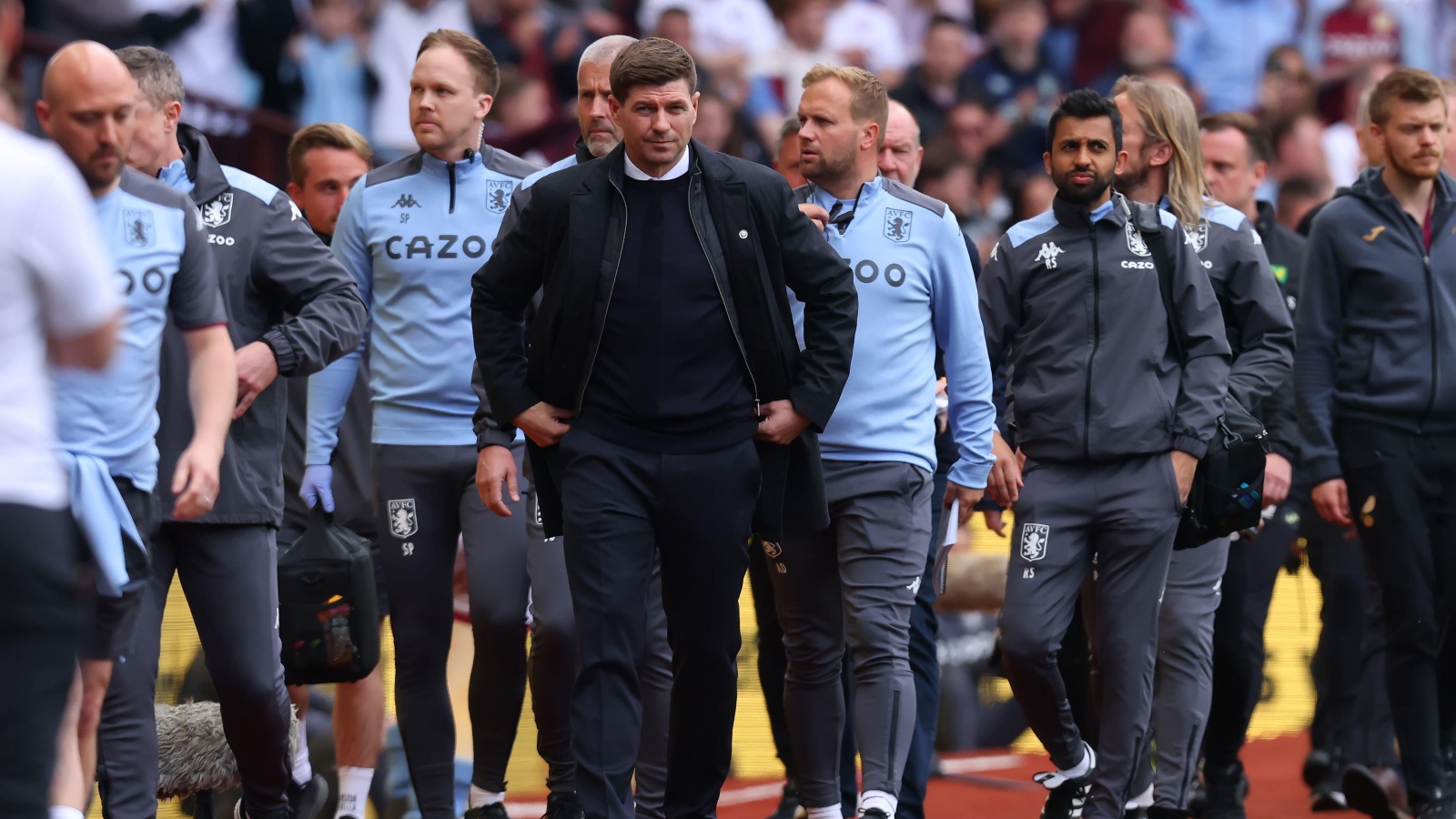 Steven Gerrard admits Aston Villa will have nothing to celebrate at the end of the season after an ‘underachieving’ campaign.

Following a poor start to the campaign under Dean Smith, Villa threatened to push for European qualification after Gerrard’s appointment produced an upturn in form and results, but that has plateaued in recent weeks.

Sunderland vs Wednesday matters for financial as well as football reasons

Last week’s win over Norwich was their first in six Premier League games and Gerrard wants to end the season well in their remaining five games.

“We want to finish in a place where we can be satisfied – I don’t think we’re going to be happy or celebrating anything this season because the team, from the beginning of the season to now, has underachieved,” he said on the club’s official website ahead of this weekend’s visit to Burnley.

“In the remaining games, it’s about putting ourselves in a place that we can go and build on.

“We can try and strengthen in the coming window, have a positive pre-season and reset everything going into a brand new season. Those are the short-term priorities.”

They visit Turf Moor to face a Burnley side who have won their last three games to give themselves a chance of Premier League survival.

But Gerrard – whose former side Rangers reached the Europa League final on Thursday night – wants to spoil the party in Lancashire.

He added: “Burnley have got their own style and identity, but I think it’s very disrespectful to say that Burnley just fight and compete.

“I’ve watched their last three or four games and they’ve got really good technical players, they’ve got a really strong mentality within the group and they’re desperate to stay in the Premier League.

“If they achieve that, they’ve probably punched above their weight compared to other teams, but that’s none of my business. My business is to take maximum points off Burnley tomorrow.

“We’ve analysed a good, strong team that are on a new manager bounce, but my priority is to make sure Aston Villa go there and get the win.”

Leon Bailey is out after picking up an injury against Norwich last week, while Jacob Ramsey is also a doubt.

“We’ve got a couple of issues. Leon Bailey won’t make the game. He left the pitch last week and unfortunately this game will come too soon,” Gerrard added.

“I don’t think we’re dealing with a serious issue, so I think he’ll play again before the season’s out but he won’t be at Burnley.

“We had an issue in training with young Jacob Ramsey as well, so we’re analysing his situation and he’s a big doubt as we stand.”