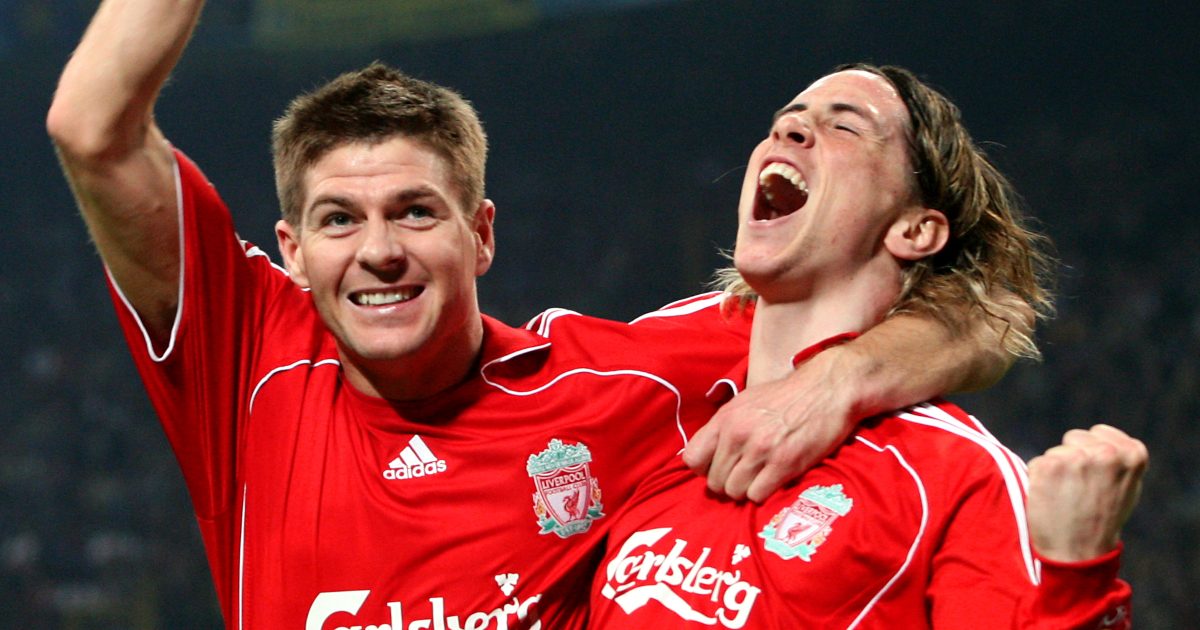 Steven Gerrard has admitted that he was “really gutted” when Fernando Torres departed Liverpool to join Chelsea in 2011.

The forward came through the ranks with Atletico Madrid and he scored 91 times for them from his 244 appearances.

This led to his move to Liverpool in 2007. The Reds signed him for around £20m in a cash-plus player deal that saw Luis Garcia move the other way.

Alongside Gerrard, Torres had a fantastic three-and-a-half-year spell with the Reds. In that time, he scored 81 times from 142 outings. In 2008, he finished in third place in the race for that year’s Ballon d’Or.

The Spaniard left Anfield in January 2011. He handed in a transfer request prior to his £50m switch to Premier League rivals Chelsea.

Speaking on The Robbie Fowler Podcast, as cited by the Daily Mail, Gerrard claimed that Torres was his favourite strike partner at Liverpool:

“I didn’t play with Torres long enough because he went to Chelsea and broke my heart. If you asked me who was the best player on a daily basis consistently, Suarez was an animal but my best years were alongside Torres in terms of how I felt.

“I was really, really gutted (when Torres left). We’re working so hard at this point to try and get as close as we can to close the gap and challenge.

“At Liverpool at the time, it always felt like we were taking huge strides. We were getting close and progressing really well. Then at a really key time and a key moment for the team and the group, a big player gets taken away and it takes time to recover from that.

“My relationship with Torres, I was getting a lot of goals at that time. I was at my peak and felt fantastic.”