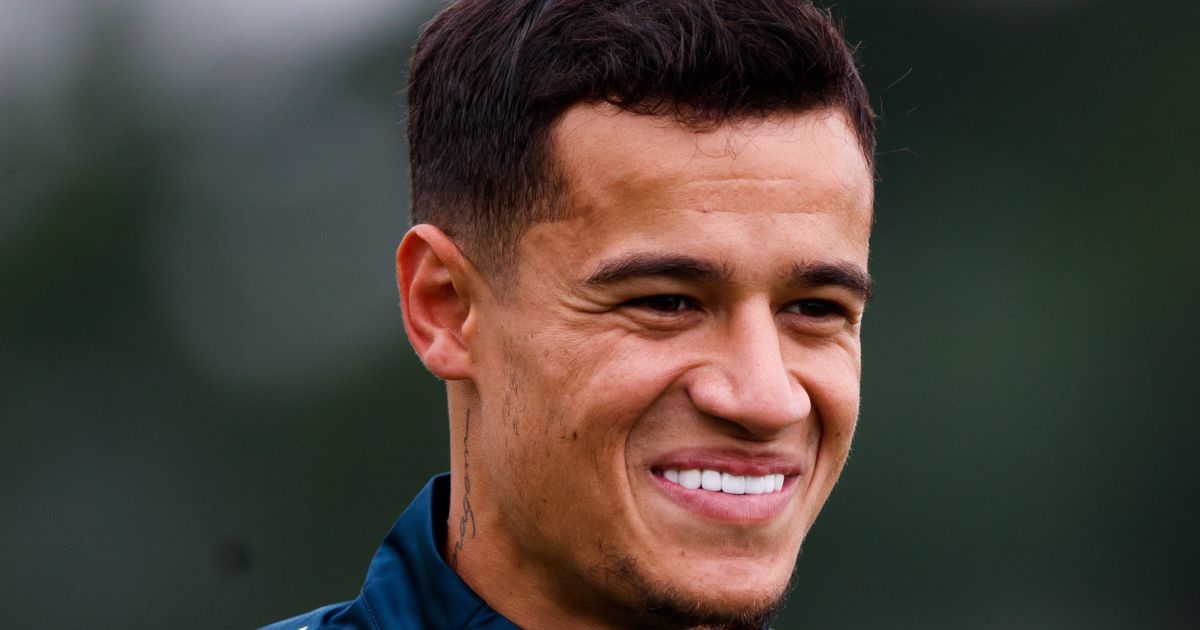 Aston Villa boss Steven Gerrard insists he will be patient with Philippe Coutinho and only unleash him at the right time.

Barcelona loanee Coutinho has initially moved to Villa Park until the end of the season and is likely to be on the bench for Saturday’s visit of Manchester United.

He has been joined at Villa by Lucas Digne after his move worth £25million from Everton this week.

Coutinho, who Villa can buy for £33million in the summer, lacks match fitness having not played for over a month and Gerrard will not rush him.

“He is a fantastic talent, we are lucky to have him and at the right time he will be unleashed,” said Gerrard.

“I don’t buy into this ‘he never had the best time at Barcelona’. This is a kid who has won leagues at Barcelona and won the Champions League at Bayern.

“He is hungry to play. If we can get him feeling good and the confidence back, Phil Coutinho is still inside Phil Coutinho.

“He’s not match fit because over at Barcelona he has been doing a lot of individual training, training in small groups and he had a Covid situation.

“He has trained fully for the last couple of days and there’s still a fantastic player there for sure. It’s great to have him, he’s been smiling away and it’s my job to get him settled as soon as possible.

“It shows the intent from the top all the way down. We are delighted to have Lucas with his pedigree.

“In terms of more business, we’ll have to wait and see. I don’t want to say too much but I am delighted with the backing I have had so far.”

Gerrard on Philippe Coutinho’s quality in training: “You won’t see me anywhere near him on a five-a-side pitch, those days are long gone.”

That’s all for now, the full presser will be available on our membership platform and VillaTV soon. 🟣 #AVLMUN pic.twitter.com/mHWA2q1TKM

Digne could make his debut but Leon Bailey and Marvelous Nakamba remain out for Gerrard, with Jaden Philogene-Bidace rested and John McGinn banned.

Meanwhile, the club have opened talks with defender Kortney Hause over a new deal, with Gerrard also planning discussions with Ashley Young.

Both are out of contract in the summer, with Villa holding an option on Hause, and Gerrard is eager to keep both.

“Kortney is different to Ashley, there’s an option situation in place, and we have already started speaking to Kortney,” he said.

“We have told him how important he is to us and we would like to keep him about. He wants to play more, which we respect, but talks are ongoing in the background.

“Ashley has been fantastic, he broke his toe recently but he has been a leader and standard-setter in the group. We will continue to talk to Ash as well but we haven’t got the ball rolling yet.

“He is happy and we’re happy with him. I’m sure it won’t be long until we have a discussion along those lines.”