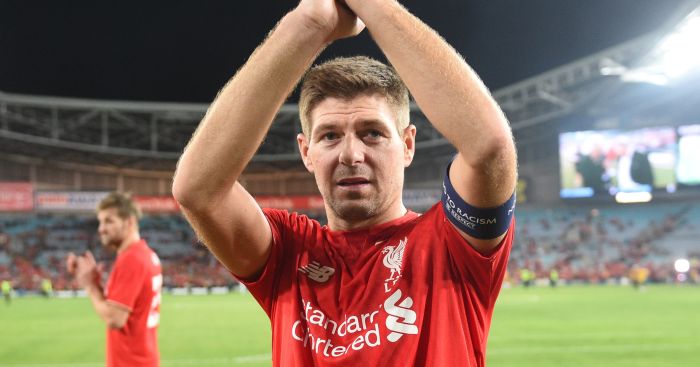 The Reds begin the year second in the Premier League and earning rave reviews under Jurgen Klopp.

A 1-0 win over Manchester City on New Year’s Eve means they are just six points behind Antonio Conte’s dominant Chelsea side, who have won 13 successive games.

But Gerrard feels that Liverpool should act in the transfer market, particularly if Lucas Leiva completes his expected move to Inter Milan.

The Brazilian is thought to be a target for the Italian side and, whether he departs on loan or permanently, his exit would leave Liverpool short in defence.

Their current first-team options are Joel Matip and Dejan Lovren, with Ragnar Klavan and Lucas as back-ups.

“Liverpool do need another centre-half for cover, especially if Lucas Leiva moves on to Inter Milan,” Gerrard told BT Sport.

“All the noises are that he is going to move on for regular first-team football. If Lucas goes, he is their back-up centre-half.”