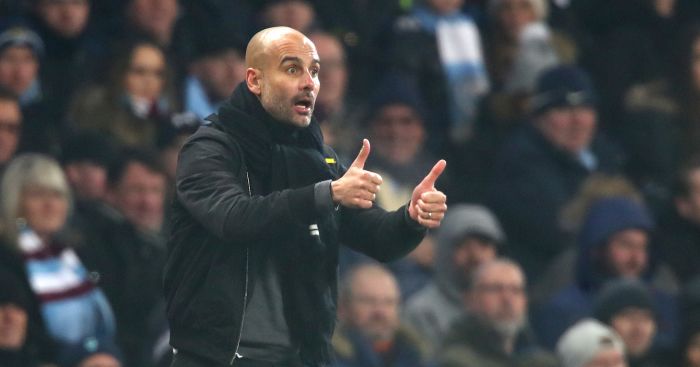 Steven Gerrard has hit out at Pep Guardiola for naming only six Manchester City substitutes against Burnley.

Guardiola attracted criticism for not naming a full bench in the 1-1 draw with Burnley in an apparent protest against recent tackles on his players.

Gary Neville was particularly angry at the decision, while we believe that only one reason can possibly support the call.

“But he’s sending a message out to say he is not happy with how aggressive some of the tackles have been on his team.

“But I think he has denied an opportunity to a young kid to get the experience of a lifetime.

“If I had been shining in the under 23’s or been on the fringe, I would be knocking on his door.

“I would know on his door and say ‘look boss you picked six subs on the weekend and I’ve been doing really well.’

“He would have known well before the under 23’s played so he could have pulled one of them out and said ‘you are not playing in the under 23’s tonight because I need you for the subs bench.’

“There’s no excuse for any Premier League team to name six subs in this day and age. There is no excuse.”