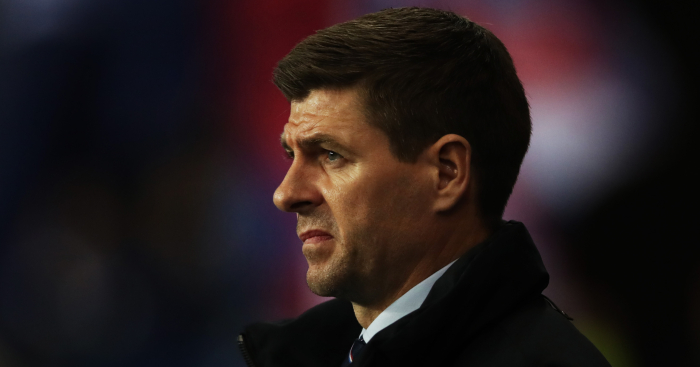 Steven Gerrard says Rangers will need January reinforcements after watching his shot-shy side miss out on the Europa League last 32.

The Ibrox side needed to beat Rapid Vienna in their final Group G clash if they were to follow Villarreal through to the knock-out rounds.

But a remarkable journey that started back on July 12 as they were forced to battle through four qualifiers has come to an end after Dejan Ljubicic’s late winner sealed a 1-0 win for the hosts at the Allianz Stadion.

Gers travelled to the Austrian capital without three key men – the injured Ryan Kent, suspended Daniel Candeias and ‘unsettled’ Ovie Ejaria – and their lack of cutting edge in the final third was their undoing against Dietmar Kuhbauer’s ordinary Rapid outfit.

The demands of 14 European ties has pushed Gers to the limit but while the Light Blues boss was happy with the numbers he had to work with, he confessed they now need to recruit a higher calibre of player if they are to reach the next level both at home and abroad.

He said: “We’ve certainly been tested. As a group, we haven’t helped ourselves with certain situations and suspensions. Injuries have also bit at important times, like with Kent at the weekend.

“To not have Kent and Candeias available affects the group. So we haven’t helped ourselves throughout the campaign.

“In terms of numbers, I think we have had enough to cope. But to compete at this level, with ambitions to go further than the group, it’s obvious to me that the players need some help

“That means obviously quality players that can come in and help.”

Rangers – cheered on by around 3,500 fans inside Rapid’s packed-out home ground, with thousands more watching on in the city centre bars – settled quicker than the hosts and almost grabbed the vital breakthrough midway through the first half as Connor Goldson headed against the bar.

But they found it harder after the interval and saw their adventure come to an end six minutes from time as substitute Ljubicic pounced.

“I thought we were good for 80 minutes,” said Gerrard. “I can’t really ask the players to give any more from what we had available tonight. We gave an almighty effort.

“Obviously as the game was getting to the final stages we were trying to roll the dice and be more adventurous to try and create something. Unfortunately we’ve conceded a counter-attack but it’s very hard for me to criticise the players for what they gave.”

Gers kicked off their campaign with an impressive 2-2 draw away to Villarreal before beating Rapid in Glasgow.

But a 4-3 defeat away to Spartak Moscow was followed by a 0-0 draw with the Russians at home and Gerrard confessed his side had failed to make the most of their opportunities.

He said: “Once we analyse the whole journey we’ll certainly take ourselves back to Moscow at home, 0-0, a couple of chances we missed.

“We’ll take ourselves back to Moscow away when we scored a perfectly good goal [that was wrongly disallowed].

“We could’ve put ourselves in a better position tonight. But it wasn’t to be. If you analyse the whole journey the players have done fantastically well but the reality is that at this level we fell a bit short. It’s my job to try and address that.”