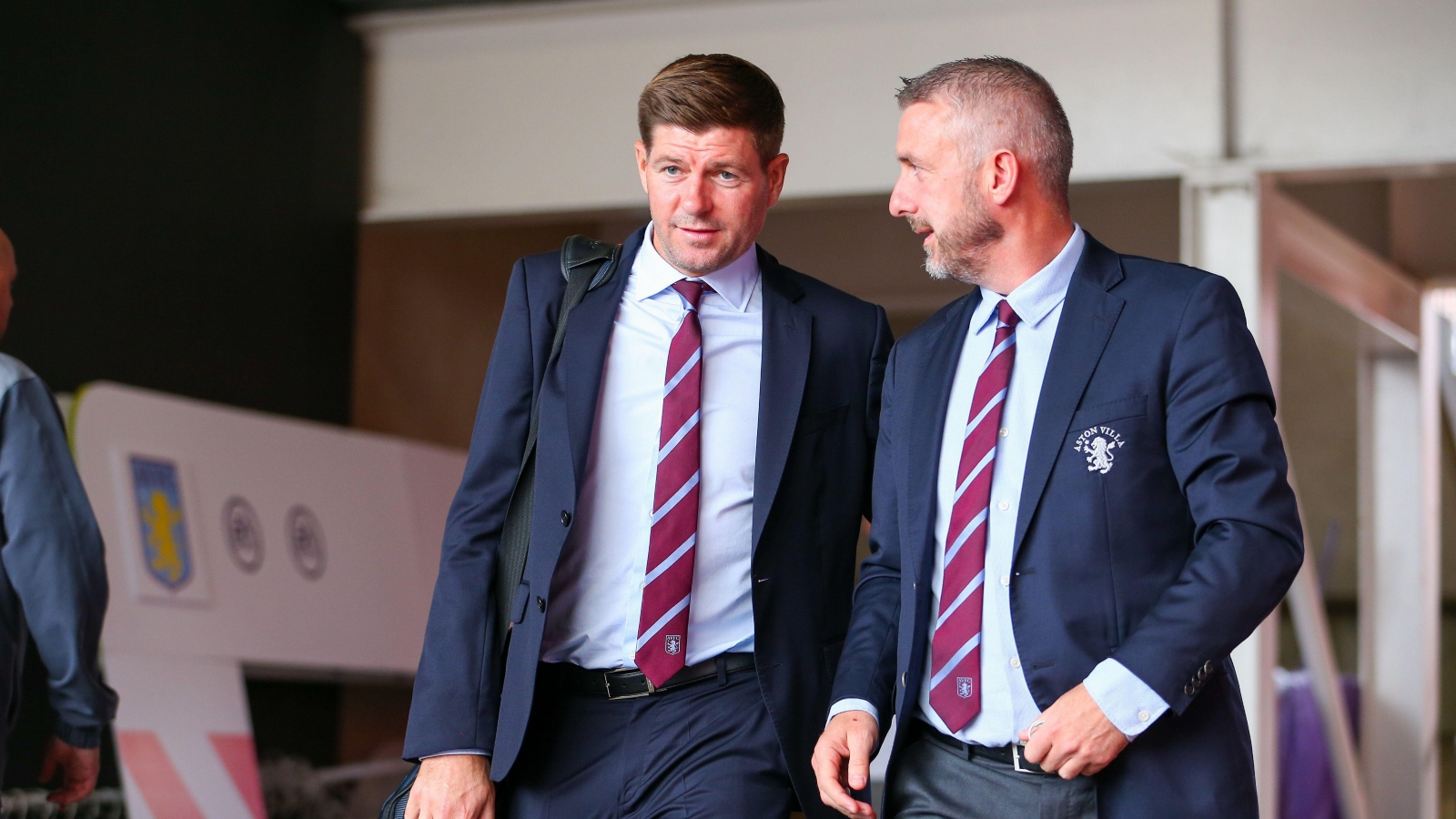 Steven Gerrard is not worried about Aston Villa’s slow start to the season but admits the club are looking to sign a new central defender.

The Villans host West Ham in the Premier League on Sunday looking to avoid a third defeat in their opening four fixtures.

They lost at Bournemouth and Crystal Palace but picked up a win against Everton in between those fixtures.

“We’ve got a lot of talent and ability in the group but that doesn’t guarantee you consistency. There are a lot of things that need to fall into place,” Gerrard said.

“When you take over a club the size and the challenge of Aston Villa there are numerous things you need to work on and progress: the team, the squad, the culture of the club, and the mentality of the players and staff around the building. It takes time and it’s a process.

“I believe we’ll get there in the end. I didn’t expect any quick fix or overnight fix. We’re certainly working every minute we can to improve the team and get to those consistent levels.”

Diego Carlos is absent after successful surgery on his ruptured Achilles and Gerrard conceded that Aston Villa may have to sign a replacement ahead of next week’s transfer deadline.

He said: “Defensively, we had a huge setback in recent weeks. We went into the market and made an addition who we thought was going to help us an awful lot and strengthen that area of our team.

“It was taken away, so we continue to work and analyse if there’s anyone who can come in and help us. Until that happens, we work with what we’ve got to try and improve every single day.

“Hopefully by doing that, putting in the minutes and coaching on the training ground, the mistakes or goals that we’re conceding will dry up.”

According to talkSPORT, Villa are interested in signing Southampton centre-half Jan Bednarek.

The Poland international has played over 150 times for the Saints and has established himself as a mainstay in his side’s starting XI under Ralph Hasenhuttl.

Villa’s opposition this weekend, West Ham, are also believed to be keen on signing the 26-year-old.

However, the Villans are in ‘advanced negotiations’ to sign the player, with Southampton valuing him at £15million.

It is ‘unlikely’ that the Hammers will hijack Villa’s deal to sign Bednarek after making an enquiry to sign him.