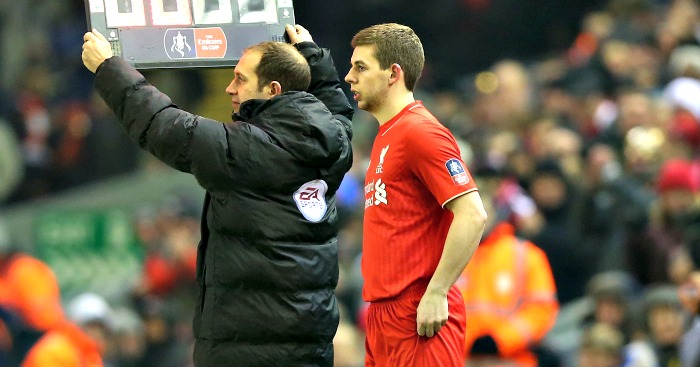 Full-back Flanagan made his long-awaited return to the Liverpool first team on Wednesday, coming on as a second-half substitute against Exeter in the FA Cup third round.

Flanagan entered the Anfield pitch to a rapturous applause, crowning his comeback from two knee operations.

The 23-year-old last featured in May 2014, and replaced Connor Randall on 51 minutes to mark his return after 20 months on the sidelines.

Jurgen Klopp spoke highly of the defender post-match, telling BT Sport: “When Flanno came in it was a great moment after this long time. To be honest I haven’t had him very often in training until now because we need really to be careful with him and it’s not allowed to be too intensive. It’s always training, break, recovery.

“He had a few minutes in the U21s. Connor Randall had a little muscle problem so we had the chance to bring Flanno and it was a real emotional moment.

“I think nobody deserved it more than him. It’s such a long time, an unbelievable long time. Since I’ve been here he’s always been injured but never in a bad mood.

“We have to see how he is tomorrow, take it day by day but it’s some of the best news we could get him being back.”

I have a thousand tweets! I guess it's the return of a friend to the field!!! @LFC

Former captain Steven Gerrard also reserved words of praise for his old team-mate before the game, when Flanagan was named among the substitutes.

“So happy to see this fella close to returning to fitness,” Gerrard said. “He has put so much graft in to get himself back fit.

“I’m sure Anfield will erupt when he runs back onto the pitch after an 18-month lay off. Good luck mate. Great to see you back, and we have missed you. #cafu.”

Flanagan himself posted on Twitter on Wednesday evening, thanking the fans for their support.

“Buzzing to be back. What a reception I received, one I will never forget, fantastic. YNWA,” he said.