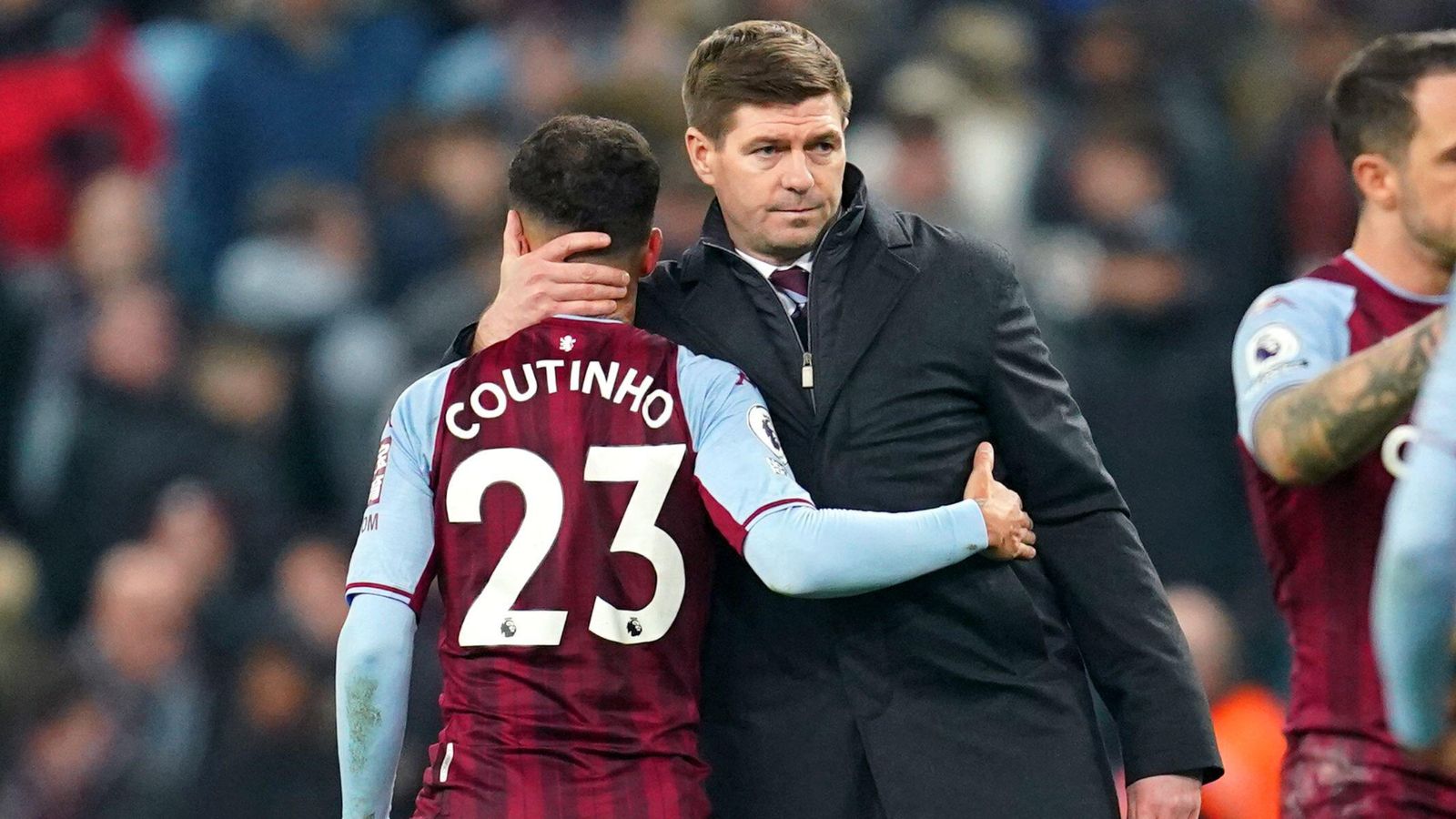 Steven Gerrard is confident that former Liverpool star Philippe Coutinho will “go up another level” next season after his permanent move to Aston Villa was confirmed.

Coutinho has grabbed four goals from his 16 Premier League appearances for the Villans since January.

“To have him here full-time and settled, he’ll go up another level because that feeling of knowing where he’s going to be playing his football for the next four years will help him settle,” the Villa manager said.

“He’s a player that needs to feel wanted; he needs to feel support. Everyone has played a part – me, the coaching staff, all the support staff and, most importantly, the owners, Christian Purslow and Johan Lange have made him feel really special.

“That’s where the decision’s come from. He feels really happy here and it’s fantastic that he wants to be part of this journey.

“We’re very pleased with the news. I was aware a little bit before it was announced and I think it’s fantastic news for everyone connected with the club, most importantly the supporters.

“The reaction has been very positive because you’ve seen over the last five months he’s played very well. There’s still loads left in him, in our opinion.”

Ollie Watkins is a doubt for Sunday’s visit of Crystal Palace with an ankle injury and Leon Bailey and Kortney Hause are out, but Jacob Ramsey is available.

Villa are 12th in the Premier League after Tuesday’s 2-1 defeat to Liverpool, a point behind this weekend’s visitors with three games left.

Gerrard said: “In my shoes, there’s always got to be a purpose and importance to every single game.

“We’re representing Aston Villa, we’ve got 20,000 people waiting to have a season ticket in the stadium – you saw the atmosphere the other night – and they’re paying good money to come and support the team.

“There’s always a purpose for the supporters but also for self-pride, for your own drive. You’ve got to have that drive inside you to compete every time you go on to a football pitch.

“For me, it’s extremely important that we finish the season strongly in the last three games.”