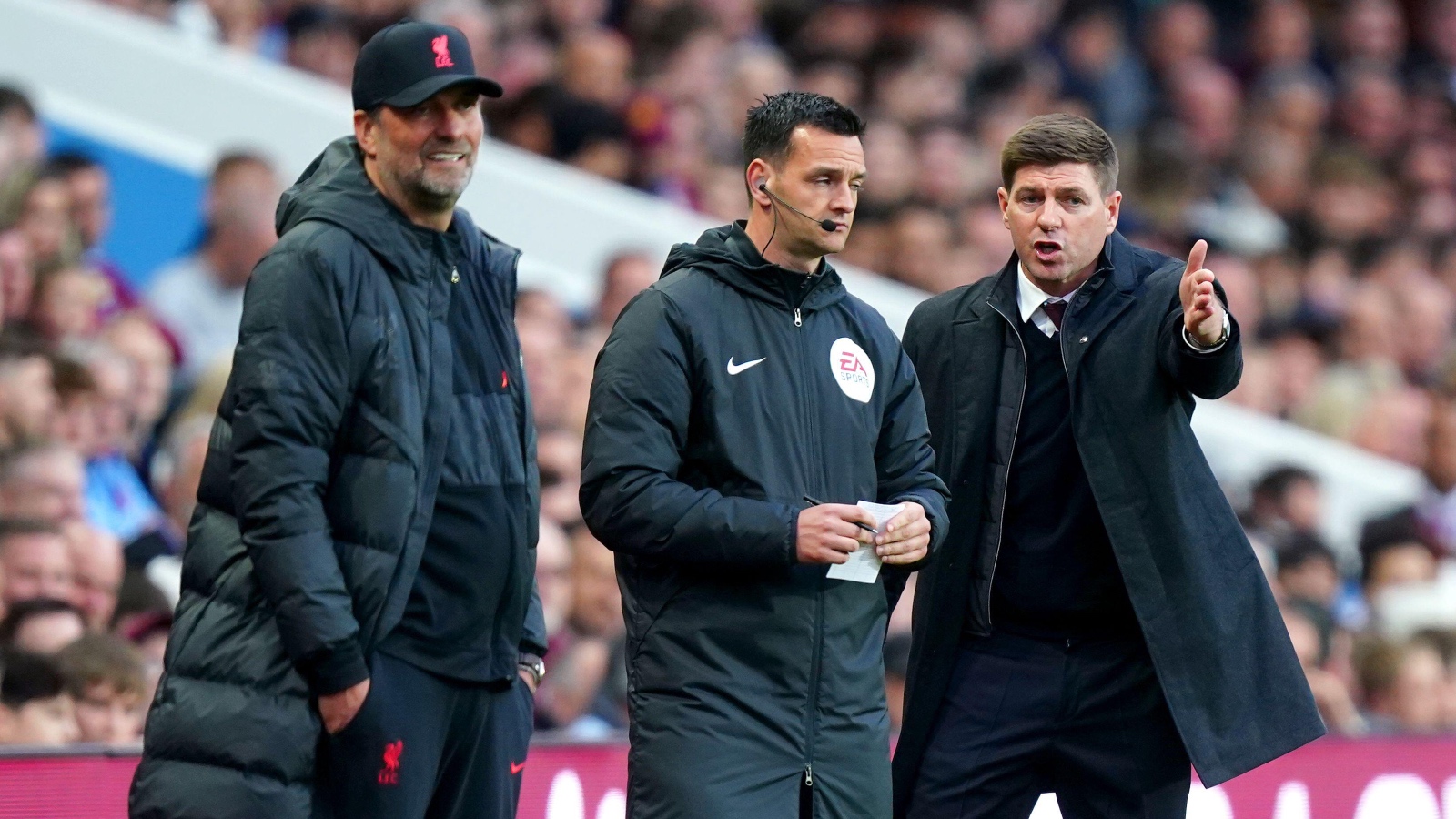 Steven Gerrard said he is happy referee Jon Moss is retiring at the end of the season after Aston Villa’s defeat to Liverpool on Tuesday.

Douglas Luiz gave Villa the lead, before Liverpool responded with goals from Joel Matip and Sadio Mane to claim all three points at Villa Park.

The game featured plenty of hard tackling and 22 fouls in total, and was notable for Moss keeping his cards in his pocket.

The refereeing was not popular with the home crowd and Gerrard cut a frustrated figure on the touchline.

But the Villa boss was initially coy on Moss’ performance, saying: “No comment, I just hope that it’s looked at. That’s all I say. I hope it’s looked at.

“Have I gone to talk to Jon Moss? No. I just hope his performance is looked at. I don’t want to be sour, Liverpool scored two goals against us and we need to look at that and I don’t want to cover over any cracks.”

But the former Liverpool skipper was then told in his post-match press conference that Moss would be retiring at the end of the season, and replied: “Is he? Good.”

Gerrard believe his side could have earned a draw from the game, as Danny Ings missed at least two clear-cut chances.

But the 41-year-old insisted he was “proud” of his team, as they wont toe-to-toe with a Liverpool side full of “world-class players”.

“Possibly we should have got more but we have to take the big moments we create in the game,” he said.

“We are frustrated we didn’t score more than once. The big positive for me was that we were ambitious, brave, courageous and went toe-to-toe against one of the best teams in the world.

“They have world-class players have that have been together for a long time, and my players haven’t let themselves down. I’m proud of them.”

Villa have home games against Crystal Palace and Burnley to come, before rounding off the season away at Manchester City.