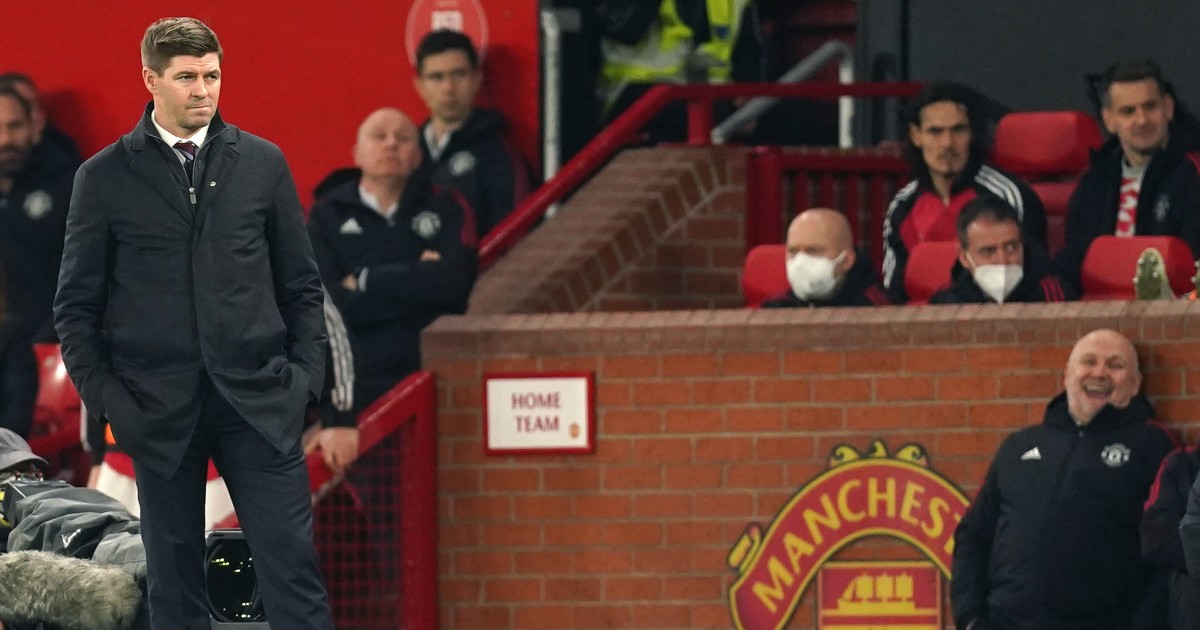 Villa were edged out in the third round of the competition after Scott McTominay’s early goal proved decisive at Old Trafford.

The visitors carved out perhaps the better chances, having two goals disallowed on Gerrard’s first meeting with Manchester United since being sent off within a minute of his introduction as a Liverpool substitute at Anfield in March 2015.

Gerrard was predictably booed and treated to some choice chants from the home fans, but was unfazed by the reception.

“It was relatively quiet. I have been to noisier stadiums than this,” he said. “It was a good cup tie, a good atmosphere but in terms of what I got, water off a duck’s back.”

Steven Gerrard revelling in his reception at Old Trafford. pic.twitter.com/fdfFvxRT6H

Gerrard was more interested in discussing the first of Villa’s two disallowed goals. Ollie Watkins, who also hit the crossbar in the first half, had an effort ruled out in straightforward fashion for offside, but there was a delay of more than three minutes to strike off an earlier effort from Danny Ings.

Referee Michael Oliver and VAR Darren England needed more than three and a half minutes to deduce that Jacob Ramsey was both in an offside position and interfering with play by blocking Edinson Cavani in the build-up.

Gerrard was not particularly impressed, telling BBC Sport when asked about the decision: “How long have you got?

“The officials took three and a half minutes to settle that one. They have looked at two or three things in it.

“When VAR is there and they make a decision you have to accept it. There is nothing you can do to change it. The easy way out is to blame luck and the officials, we won’t do that.

“It’s very tough. We are out of the FA Cup and coming into this job I saw this competition as an opportunity to have a good run in it.

“The lads gave a lot in terms of performance but we need to learn and close the gap from a performance that was nearly good enough. We dominated for large parts but we were not ruthless enough.

“I’ve seen enough tonight in terms of the performance to know that I can get to where I want to get to but we need to learn and learn quickly. We need to be more ruthless moving forward, defending crosses we need to be tighter.

“We cannot be having people with free headers in our six-yard box. It is quite clear what we need to iron out and we will do it in the short term.”