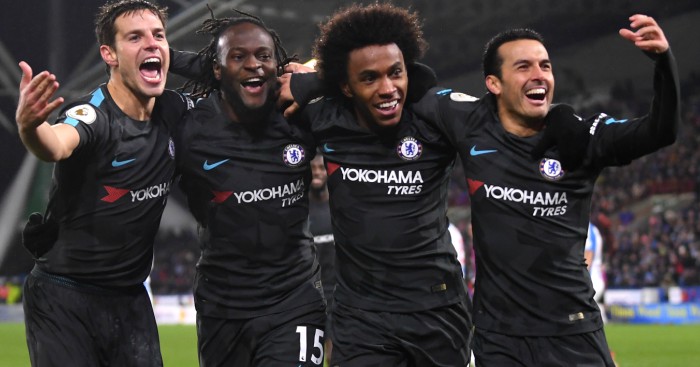 The former Liverpool captain believes Conte’s side pose more of an attacking threat when Pedro and Willian are on the pitch.

The duo were both given rare outings on Tuesday night as the champions beat Huddersfield 3-1, with both players getting on the scoresheet.

And Gerrard believes the Blues look more dangerous when the pair are in the side.

Gerrard said: “They look a different team with Pedro and Willian in.

“There is more pace and more directness. It was Chelsea at their best. They were very fluid.”

Pedro and Willian have both only started eight of Chelsea’s 17 Premier League games so far this season but will be hoping to keep their place in the side when Chelsea face Southampton at Stamford Bridge.