Home All The News Gerrard: Lure of Premier League too much for Rodgers 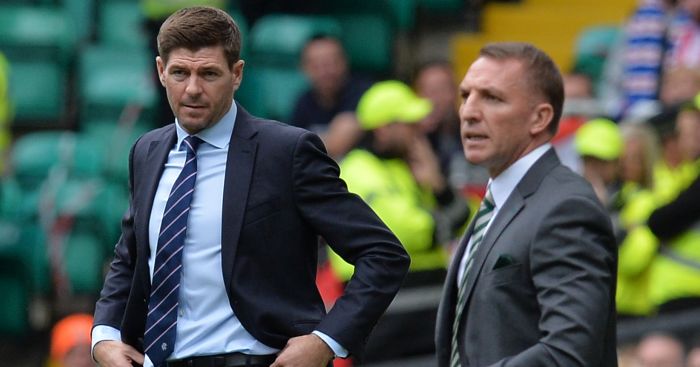 Rangers boss Steven Gerrard believes the lure of the Premier League was too much for Brendan Rodgers to turn down.

Gerrard’s former Liverpool manager looks to be on his way out of Celtic in the ‘next 24 hours’ after opening talks with Leicester.

Rangers, who are locked in a title battle with Celtic, held a media conference on Tuesday when the stories were put to their manager.

Gerrard said: “I’ve just been made aware that he’s in talks with Leicester. For us, we just see how that pans out really.

“It seems (the lure of Premier League has been a big factor) otherwise he’d have declined the opportunity to talk to Leicester.

“My focus right now is Rangers and we’ve got a big fixture tomorrow against Dundee. That’s my main concern right now but we’ll keep an eye on how it pans out across the road.

“I’m not really surprised by the timing because these things happen. Brendan has done ever so well at Celtic over the years so it’s no surprise that other clubs are watching him and wanting to acquire his services. He’s done a really good job and I’ve worked with Brendan so I know he’s a very good coach.”