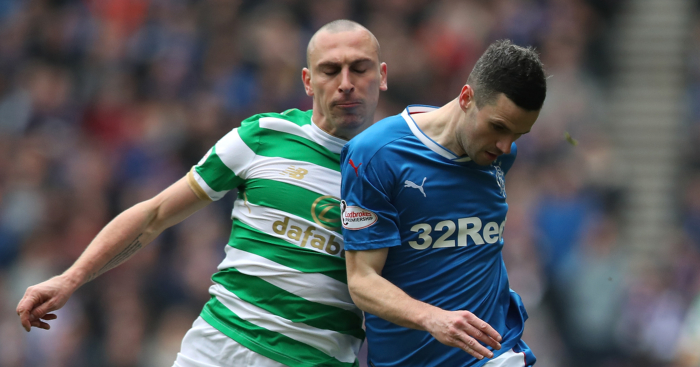 Rangers have announced the signing of Jamie Murphy on a three-year contract.

The winger has penned a permanent deal at Ibrox after impressing on a six-month loan from Brighton in the second half of the season.

Murphy made 19 appearances for Rangers, scoring five goals and has been included in Alex McLeish’s Scotland squad that is set to travel to Peru and Mexico in the coming weeks.

He is the third signing for the Light Blues under new manager Steven Gerrard – who officially takes over in June – with Scott Arfield and Allan McGregor confirmed earlier this week, and the 28-year-old has already set his sights on improving the club’s third-placed finish this term.

“I’m delighted to make my move to Rangers permanent. This club means a lot to me and it already feels like home,” he told the club website.

“Whilst I’m naturally disappointed we didn’t complete the objectives that we set for ourselves last season, I am more determined than ever to help this club to be a success.

“With the new manager in place, two new signings confirmed already and an exciting summer to follow, I can’t wait to get started on the next chapter of my Rangers career.”

Gerrard said: “It’s more good news for the club that Jamie has committed his future to us ahead of the new campaign.

“He had an impressive start to his Rangers career in the second half of last season and we hope to see him continue to grow at the club next season and beyond.”