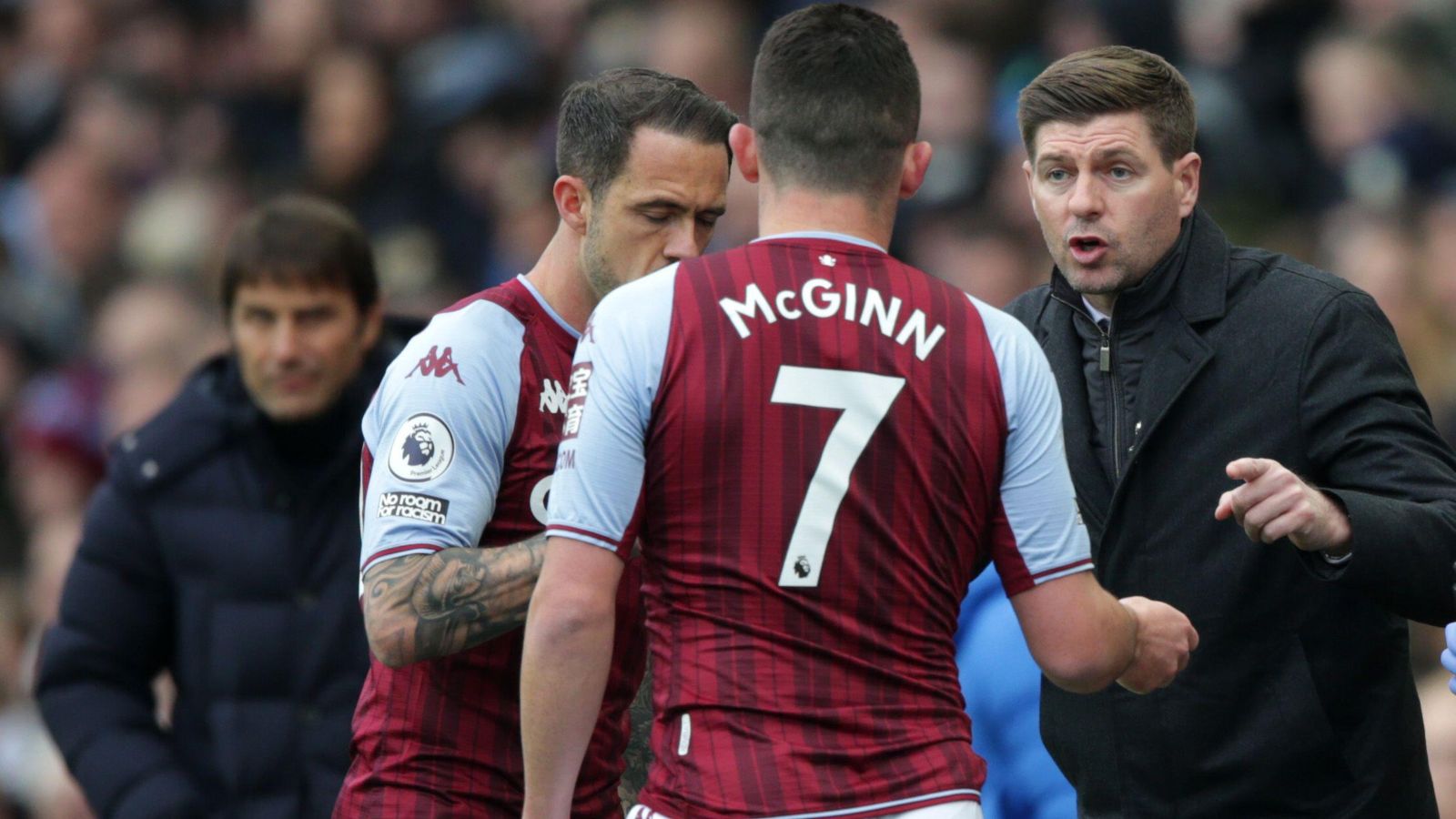 Steven Gerrard insists staying out of any late trouble is a priority for his Aston Villa side ahead of the weekend’s fixtures.

Villa have lost six of their last nine games, including four successive defeats ahead of Saturday’s trip to Leicester.

They are eight points above the Premier League’s bottom three, having played a game less, after a two-week break following the 4-0 home defeat to Tottenham.

“That was the first job when we first came in. We’re well aware of how the table looks and we have fallen down a few places,” he said.

“We have two games in hand and if we manage to get positive results the table will look very different but we’re aware of our form.

“It’s been frustrating not to have a game to put that right. On Saturday we do and it’s an opportunity for us to get a positive result so the table looks different.

“It’s been stop-start in terms of how the fixtures have been for us. International breaks, Covid and Liverpool progressing in the FA Cup has made us not play for two weeks.

“We have made mistakes within games, had moments which have gone against us and we’ve been punished heavily.

“I said after the Tottenham game for the first 45 minutes and pockets of the second half it’s probably the best we’ve played. Where we are right now, I’d certainly prefer a positive result rather than performance.

“The priority for me coming in was to try and finish the season in a decent position so we can build on a full pre-season moving forward. That’s still possible.”

Bertrand Traore was forced out of training with a groin problem on Thursday and needs a scan while Kourtney Hause is out along with Morgan Sanson.

Gerrard added: “Leicester are a good team, it’ll be interesting to see what team they pick because they have changed a lot, they have a really busy fixture schedule.

“We’re against a team full of talented players and they can be really dangerous but, like ourselves, have been a little bit inconsistent of late.”