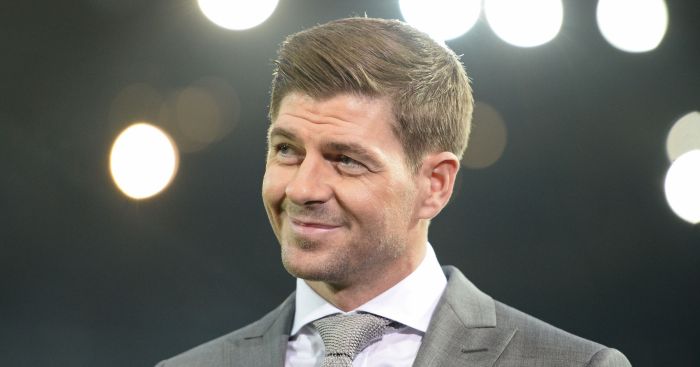 Steven Gerrard is “excited” about the prospect of becoming Rangers manager but needs reassurances over the resources available to him, according to his friend and former team-mate Danny Murphy.

Gerrard is set for more talks with Rangers this week after emerging as the front-runner to take over when Graeme Murty’s short-term deal expires in the summer.

The Liverpool youth coach would have seen a stark illustration of how far Rangers need to progress to challenge Celtic when they lost 5-0 at Parkhead on Sunday as Brendan Rodgers’ side retained the Ladbrokes Premiership title.

And Murphy does not believe his former Liverpool and England colleague will sign up for a mission impossible and try to challenge his former Anfield boss without the necessary finances.

After speaking to the 37-year-old over the weekend, Murphy told talkSPORT: “The truth is there’s nothing definitive. He has had talks and they were positive. He’s got more talks this week.

“He’s a really ambitious guy Stevie, he always has been from the day he walked on to the training field at Melwood as a young lad.

“But he’s also bright and I don’t think he’s going to put himself into a position where he walks into a job with his hands tied in terms of the resources he’s got to compete with Brendan.

The club’s latest financial figures showed they had received £17.7million in interest-free loans from shareholders and other investors by the turn of the year, at least some of which they plan to turn into equity.

They also received a short-term external loan, reported to be £3million, and concrete plans for a proposed income-raising share issue have not yet materialised.

And Gerrard is likely to press the Rangers board over the finances available to him should he take over a club who are third in the Premiership and level on points with fourth-placed Hibernian.

Murphy said: “The only thing with that, I was thinking really, is that how do you get concrete reassurances with something like that?

“I suppose as a football club Rangers can’t be trying to get someone like Stevie, who is young, hungry and ambitious, to go there and compete and sell him a dummy. You have to think there’s some credibility in what they are trying to do.

“He was excited but without the confirmation of what they are actually going to give him.

“I certainly think there’s legs in it but there’s a bit to go.”