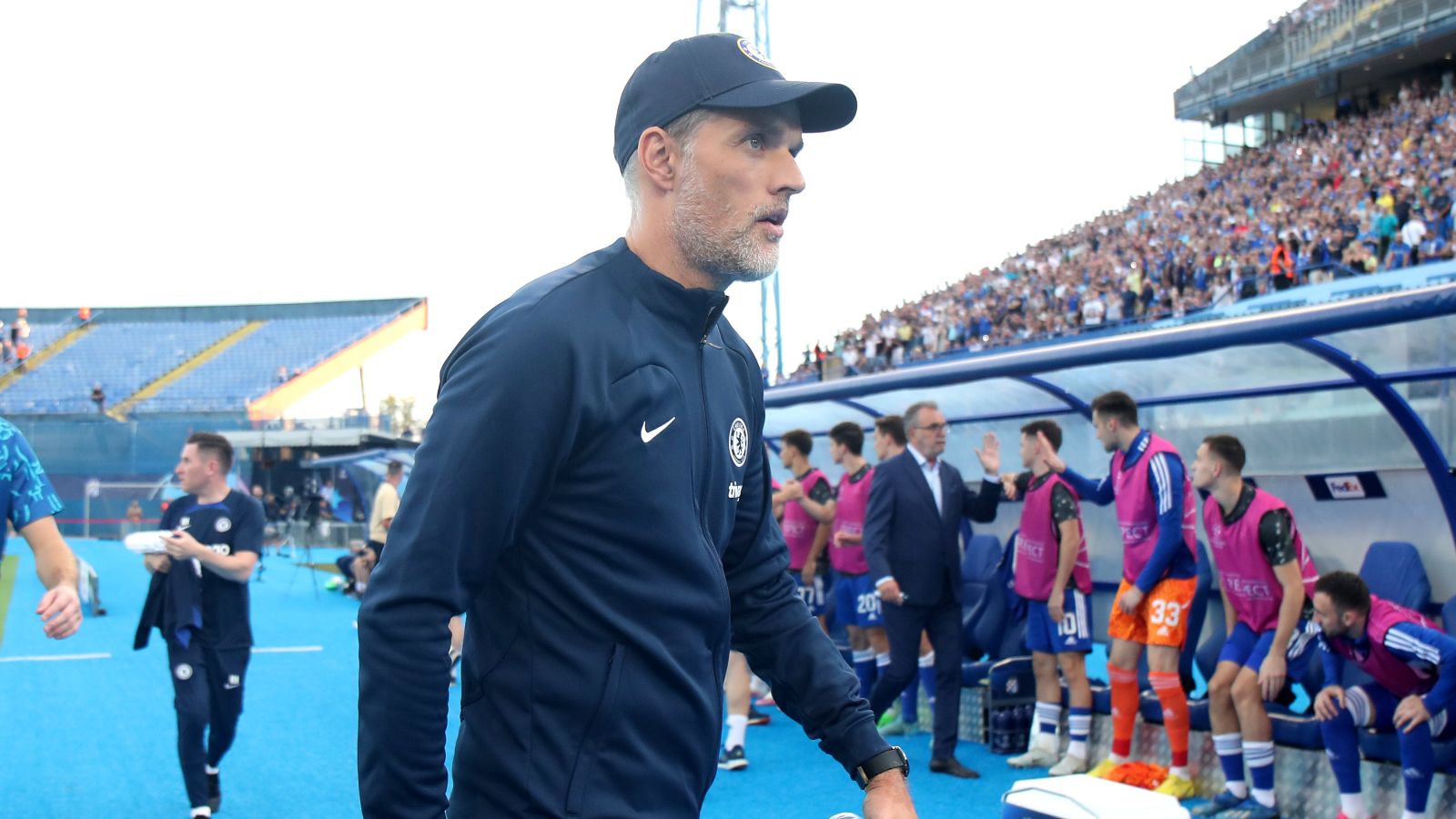 Aston Villa could turn to former Chelsea boss Thomas Tuchel as they look for a ‘distinguishable step up’ on Steven Gerrard.

Gerrard’s side sit 16th in the table having scored just seven goals in the Premier League this term and the fans have shown their desire to see the back of the Liverpool legend in the last few weeks.

Philippe Coutinho, Lucas Digne, Diego Carlos, Boubacar Kamara, Leander Dendoncker and Jan Bednarek all arrived in the summer but have failed to make a significant impact due to injury, poor form or a lack of game time.

Carlos and Kamara are both out injured while Dendoncker and Bednarek are yet to start a game.

The Telegraph claim Gerrard is set for ‘the most critical week of his year in charge‘ as he prepares his team for a trip to Fulham on Thursday night before they host Brentford at Villa Park on Sunday.

The report states: ‘Even if he somehow survived a defeat to Fulham, it is thought Villa would have to beat Brentford to give Gerrard any chance of surviving the sack – although even that may prove to be a stay of execution.’

It will likely be a tough task to persuade Pochettino to join the club given he’s spent the last six years managing in the Champions League with Tottenham and Paris Saint-Germain.

But if he did show interest, Villa would ‘almost certainly be prepared to wait’ for him.

Should they fail to lure their top target ‘more ambitious checks’ could be made of Tuchel, who’s out of work having been sacked by Chelsea last month, while former Arsenal boss Unai Emery, currently in charge of Villarreal, has also been mooted as a possible option.

The report states that the owners are targeting a ‘distinguishable step up’ on Gerrard, who said after the defeat to Chelsea that “all is not wrong”.

“We know – and I’ll say it as loud as you want me to say it – that we’re not firing on all cylinders,” he said.

“But there’s also a lot of things right in terms of how we look. Our structure defensively, the effort and commitment of the boys, we’re getting a lot of players back into better form.

“We know that the last bit, the execution part, will come. Players will step forward and take these moments. A little bit of confidence or belief in a big moment or a bit of luck can go in our favour and we can get there and start firing on all cylinders.

“All is not wrong in my eyes. I’m seeing a lot of good stuff. The players are seeing that as well and we’re reminding them of it.

“When you say, ‘four games unbeaten’, it sounds better than it is because we know the last two should have been six points from six, and we’d have been talking about the best place Villa have been in since I’ve been in the door.

“The margins are small and fine but we’re well aware of where we should be. That’s on me and that’s on us.”