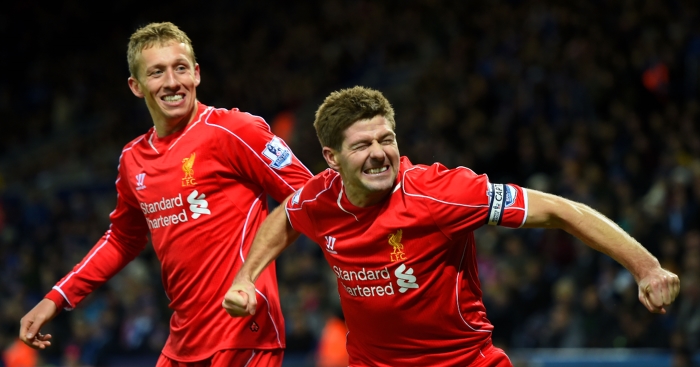 Lucas joined Liverpool in 2007, becoming one of the club’s most popular players over the next decade.

He left to join Lazio last summer and has enjoyed something of a career renaissance in Italy.

Rangers manager Gerrard describes the Brazilian as “one of the best people I have met” during his time in football.

“I wish Lucas the best of luck for the rest of his career,” he told Corriere dello Sport. “He is certainly one of the best people I have met during my time in football, throughout my career.

“I have enormous respect for Lucas, both as a player and as a person. He is one of the most professional players I have ever played alongside.

“He gave his very best every time he represented Liverpool. You can talk about what he gives to the team, in terms of their style of play. As a human being, Lucas has immense qualities that are just as important as his ability as a footballer.

“In terms of technique, there are many players who can manage the ball as well as he does. However, very few contribute as much as he does without the ball.”