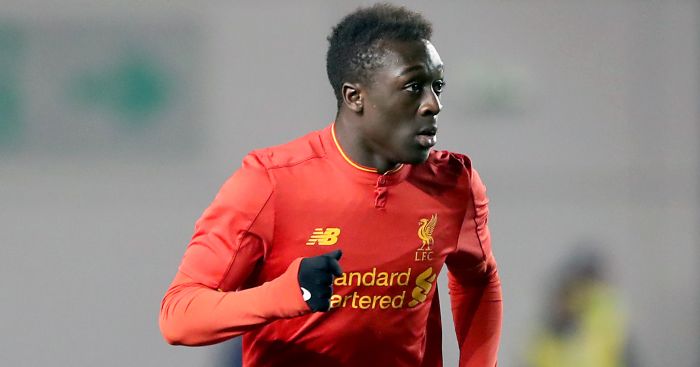 Gerrard, who is now in charge of the club’s Under-19s side, believes that the former Barcelona youth is a player who could break into Jurgen Klopp’s first team set-up after after impressing in Liverpool’s UEFA Youth League victory over Maribor in midweek.

Adekanye was handed a start against the Slovenian side due to the absence of Rhian Brewster, who is currently on World Cup duty with Egland’s Under-17s, and responded by bagging a brace and Gerrard was impressed with what he saw.

He said in the Liverpool Echo: “We said to Bobby and Rafa Camacho and the two young centre-backs (Anthony Driscoll-Glennon and Rhys Williams),who played either side of George (Johnston), ‘Look there are players missing, it is an opportunity for you. You either sink or swim.’ That’s what football is about.

“It is about when your opportunity comes along to move up. You come in and do yourself justice.

“I thought Bobby was excellent as was Rafa and the two young lads at centre-half so moving forward picking a team at under-19 level I’ve got big problems, but good problems.”

Adekanye has been hampered by injuries since moving from Barca in the summer of 2015 but the Dutch youth international is hoping to impress Klopp with his performances for the Under-19s.

“The thing with Bobby is consistency,” Gerrard added.

“I think he understands now what it is to play for a club like Liverpool at the highest level. Where you have to not just be talented on the ball and look good on the eye, you have to do the dirty side of the game as well.

“You have to compete, run back and tackle and carry out a job within a system, otherwise managers don’t trust you.

“When I came in I saw Bobby doing only one side of the game, coming alive when he got the ball.

“Working with Mick Garrity, Critch (Neil Critchley) and Alex (Inglethorpe), who are working tirelessly with him, I can see the other side of the game coming in.

“I was more pleased with Bobby’s performance out of possession without the ball because I thought he put in a shift in for the team.

“I know what he can do on the ball but can he become more of a complete footballer?”