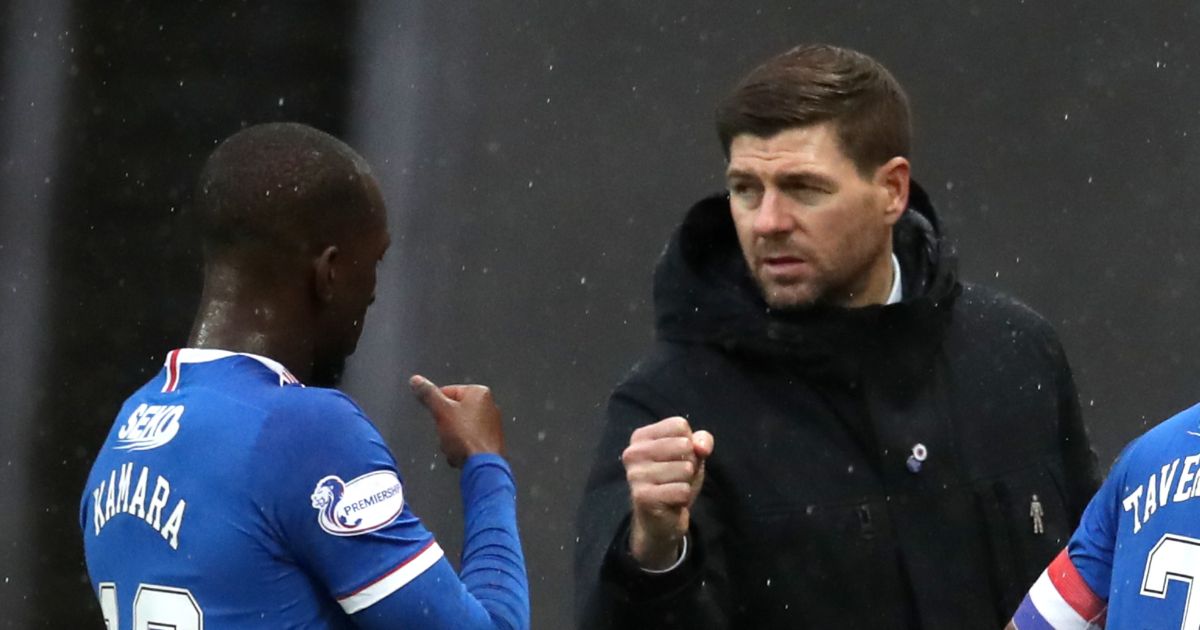 Gers lost to the Czech champions in the previous round of the Europa League, but the last-16 clash was overshadowed by the racial abuse hurled at Glen Kamara by Slavia defender Ondrej Kudela.

The 34-year-old Kudela has now be handed a 10-game ban by UEFA for allegedly calling the Gers midfielder a “f***ing monkey” – ruling him out of this summer’s Euros.

The fall-out from the explosive Ibrox clash saw Kamara hounded with further online abuse from the Slavia support.

But Arsenal, managed by former Gers midfielder Arteta, ensured Slavia would go no further in the competition as they produced a four-goal blitz at the Eden Arena to secure a 5-1 aggregate triumph and a place in the semi-finals.

There was a powerful image moments before kick-off when Gunners striker Alexandre Lacazette chose to defiantly take a knee as he stared down the Prague line-up, who remained standing with their arms linked.

The stand-in skipper, whose team-mates also kneeled, went on to strike twice, much to the delight of Rangers boss Gerrard.

He said: “I loved everything about the game. I loved Arsenal’s performance, I loved the way they went about it and I admired how they approached before the game, during the game and after the game.

“I was really proud watching Arsenal last night. Everything about it. I thought the way they prepared for the game, the way the manager spoke, the way the players behaved during and after, and then to back it up with that level of performance. I sat there and really enjoyed that game.

“I thought it was a sensational performance.”

Finland international Kamara has also been issued with a three-game ban for “assaulting” Kudela in the tunnel after last month’s controversial tie.

Both players could also potentially face court action after Police Scotland announced they had sent a report on the night’s events to the Procurator Fiscal, Scotland’s prosecution service.

But Gerrard praised Kamara for handling the turmoil he has faced in the wake of the match.

He said: “I think Glen has handled the whole situation really well and professionally.

“It is typical of him, really. Really calm, really measured, he is a clever kid and really mature for someone of his age.

“He has been through a lot but what he has had is really strong support from all of us here at Rangers and from everyone at the club, the supporters and you guys as well and everyone around the game.

“He has gone about his business very well, very professionally and he is fine. He is looking forward to the game at the weekend, he has prepared really well and I have had numerous chats with Glen.

“The main thing that is coming from him is that he just wants to play football and that is what he loves doing. We will continue to support him in any way that we can.”