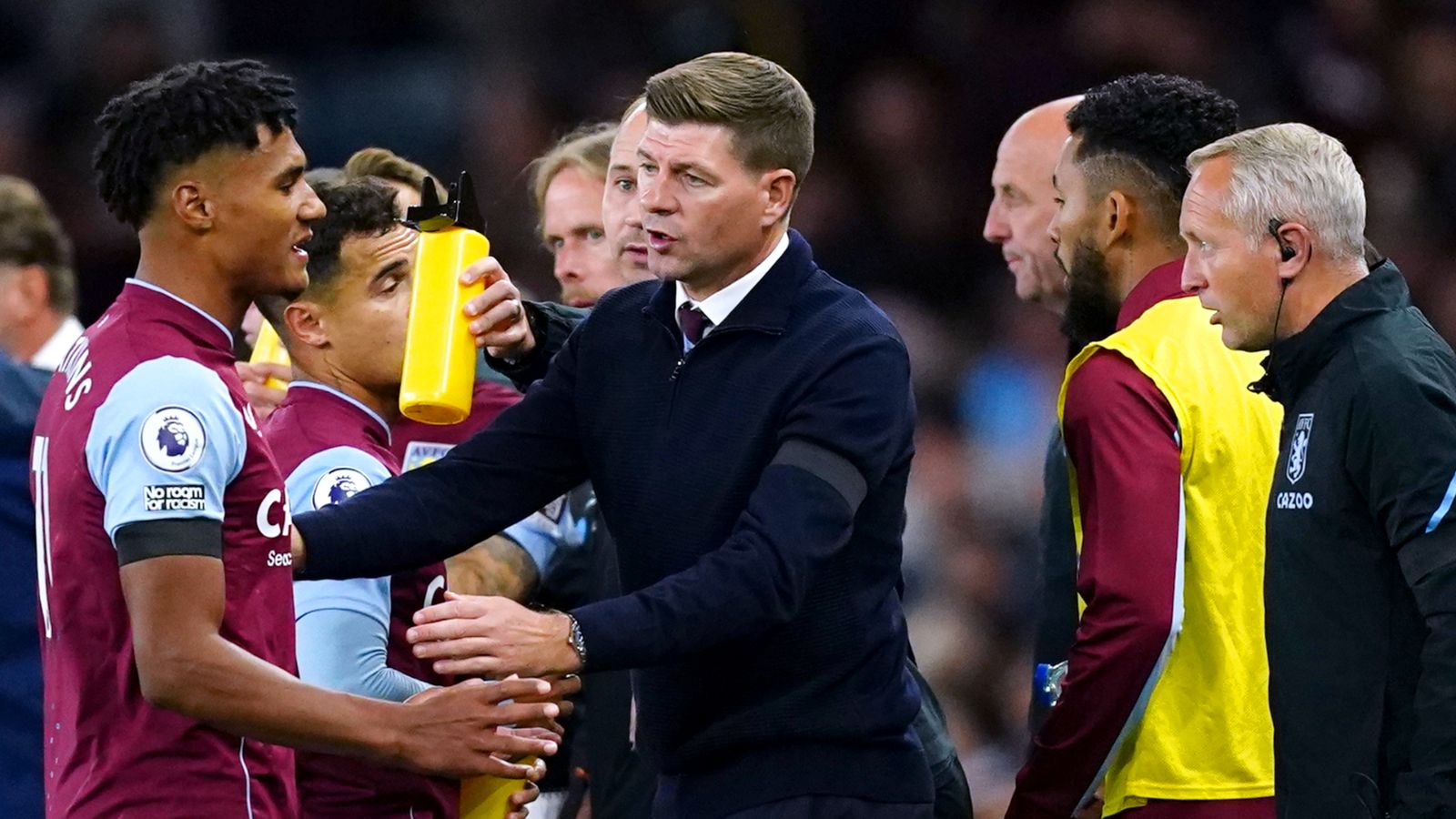 Steven Gerrard was pleased with how his Aston Villa players performed as they edged out Southampton to win 1-0 at Villa Park.

Last time out they were afforded a confidence boost as they earned a point in a 1-1 draw against Pep Guardiola’s Manchester City.

Villa took control of their clash against Southampton before the interval as Jacob Ramsey smashed the ball home from inside the penalty area to make it 1-0.

That goal proved to be enough for the hosts to pick up all three points as Aston Villa and Southampton played out a very dull game.

This win lifts Gerrard’s side up to 13th in the table as they are now level on seven points with the Saints.

The Villa boss admitted post-match that his side’s performance “wasn’t pretty or stylish” but they won “in a pragmatic way”:

“It’s a big victory. It wasn’t pretty or stylish but, with where we were in the league, we knew we had to do it in a pragmatic way,” Gerrard told BBC Sport.

“I’m really proud of the boys’ effort, application and commitment.

“We played better than we did last time. In football, you have to grind and fight and be committed and we worked hard today.

“We will get better in terms of style and possession and that will come but tonight was about the points.

“We had to back up our performance against Manchester City and there were a lot of eyes on us from the TV but we did it.”

On Villa’s clean sheet: “It’s how you build consistency by defending your box well. I’ve been critical about this group and the detailing of defending at times but today there were a lot of bodies on the line today.

“Maybe we tried to force it a bit tonight but as we move up the table maybe that’s when the pretty stuff will come.

“It has been a tough period but I’ve wanted to step forward and protect my players. I’ve tried to fight and move up this table.

“We have accepted a lot of criticism and it’s about reacting and that is what we have done tonight.”

Villans captain John McGinn added post-match that that the win “feels good” even if it “was not pretty”:

“It’s huge. We’ve been criticised this season for not grafting but tonight we fought for every ball. It wasn’t pretty but it feels good,” McGinn said.

“If I was watching on the television I would’ve turned it off. We graft week in week out but it’s a waste if we don’t perform at the weekend. I’m delighted of players like Phil [Coutinho] who have proved people wrong with good performances tonight.

“We have not been on great form. We are not clicking and creating enough chances but tonight, when we got the goal, we stayed strong. We limited Saints to very few chances and it’s a huge win going into the international break.

“I was dreading going up to Scotland with a draw or a defeat so it will make the drive up a bit sweeter.”