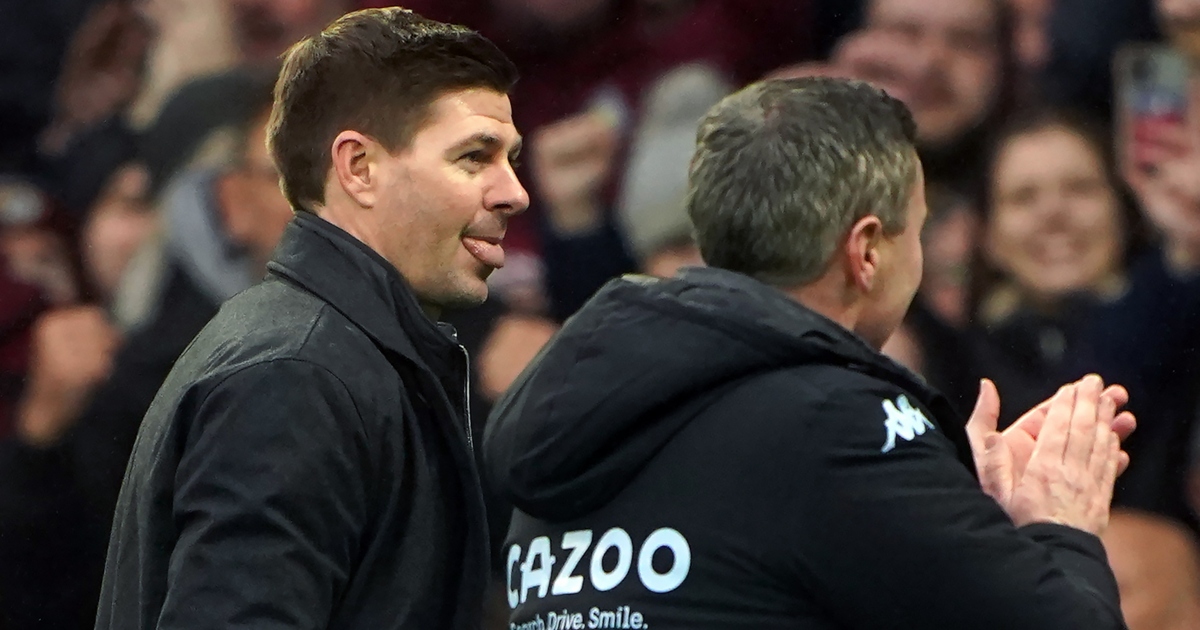 Aston Villa boss Steven Gerrard has hailed his side’s “grit” and “steel” after the Villans’ 1-0 win at Everton.

Emiliano Buendia scored the only goal of the game, heading over Toffees goalkeeper Jordan Pickford.

The Argentine and team-mate Matty Cash were struck by a bottle during celebrations, however. An Everton fan has been arrested since the incident.

On the incident, right-back Cash said: “It was crazy, it hit me straight in the head. It’s not nice but we got the three points, we’ll take that.

“It was a tough game to be fair. They threw everything forward in the last 15, 20 minutes. We said before the game we’ve got to deal with the horrible side of the game and we’ve done that really and picked up the points.”

Focusing on the match, Gerrard gave full credit to the players for picking up all three points at Goodison Park.

The Aston Villa boss told BT Sport: “It’s a big win for us. Credit to the players. It was a different style of game for us, especially in the second half. It was a case of us having to roll our sleeves up, stand up and be counted and really put our bodies on the line.

“It’s difficult to rehearse what came our way in the second half. It was direct, it was coming regularly so we had to fight and compete and win second balls. And every single person stood up to that.

“In football there’s different ways to win. but if you’re not prepared to compete, especially away at Goodison, you’ll be found out.

“We expected Duncan to pour more fuel on the fire in the second half. We played big today and I’m really proud of the players.

“This performance was about grit, about steel. I asked the players to really commit because this game was going to ask us something quite alien which is defend long balls constantly and that’s what we did.”