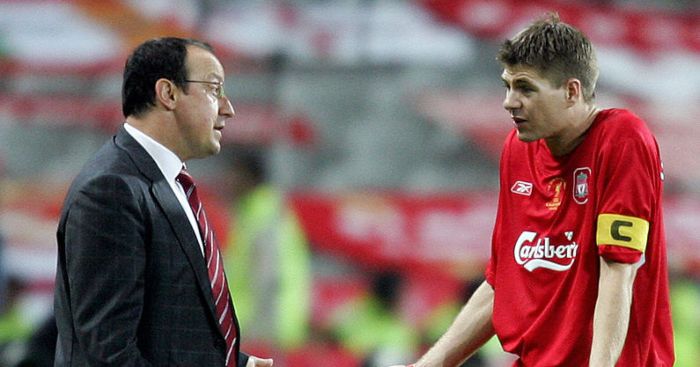 Steven Gerrard is not an idiot so has rejected the opportunity to take over from Rafa Benitez at Newcastle.

Gerrard was one of two inexperienced former players turned coaches to have been approached by owner Mike Ashley.

While Patrick Vieira ‘is happy to stay at Nice’ as he is being groomed for Manchester City, Gerrard has only been at Rangers for one year of an initial four-year contract.

Ashley acknowledged that his chances of luring Gerrard ever so slightly south ‘were slim’, but he still tried to tempt the former Liverpool midfielder with ‘the possibility of a quick return to the Premier League’.

Realising that an exit so soon into his tenure ‘wouldn’t be welcomed by the Rangers fans’, the offer was rejected out of hand.

The Scottish club most certainly ‘haven’t welcomed’ Ashley’s advances, particularly considering their ‘previous volatile relationship’ with the man who makes quite terrible decisions.