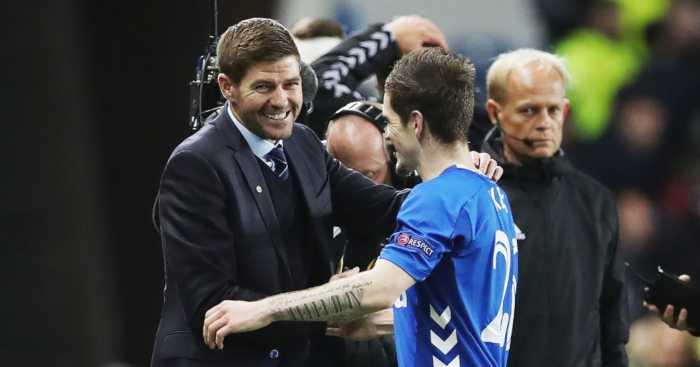 Steven Gerrard is “speaking to Liverpool” over the possibility of Ryan Kent returning to Ranges next season.

The Liverpool winger, who played his final game for Rangers in Sunday’s 2-1 defeat to Kilmarnock, has had a huge impact for the Gers this season, scoring six goals and grabbing six assists in 23 Scottish Premiership games

The 23-year-old was also named PFA Scotland Young Player of the Year and Gerrard confirmed after the Kilmarnock defeat that he had made an offer to Liverpool for Kent.

The Liverpool Echo claim the Reds value Kent at around £12million, but it’s understood Gerrard is hoping to lure Kent back on another loan spell.

“We’ve got irons in the fire with numerous players but all I can say is watch this space.

“We’re making additions to the squad and Greg Stewart is someone we admire very much.”

Gerrard hopes that the goodwill between himself and Liverpool, along with his close relationship with Kent, will see the winger return to Ibrox.

Kent himself recently spoke of his desire to leave Liverpool this summer.