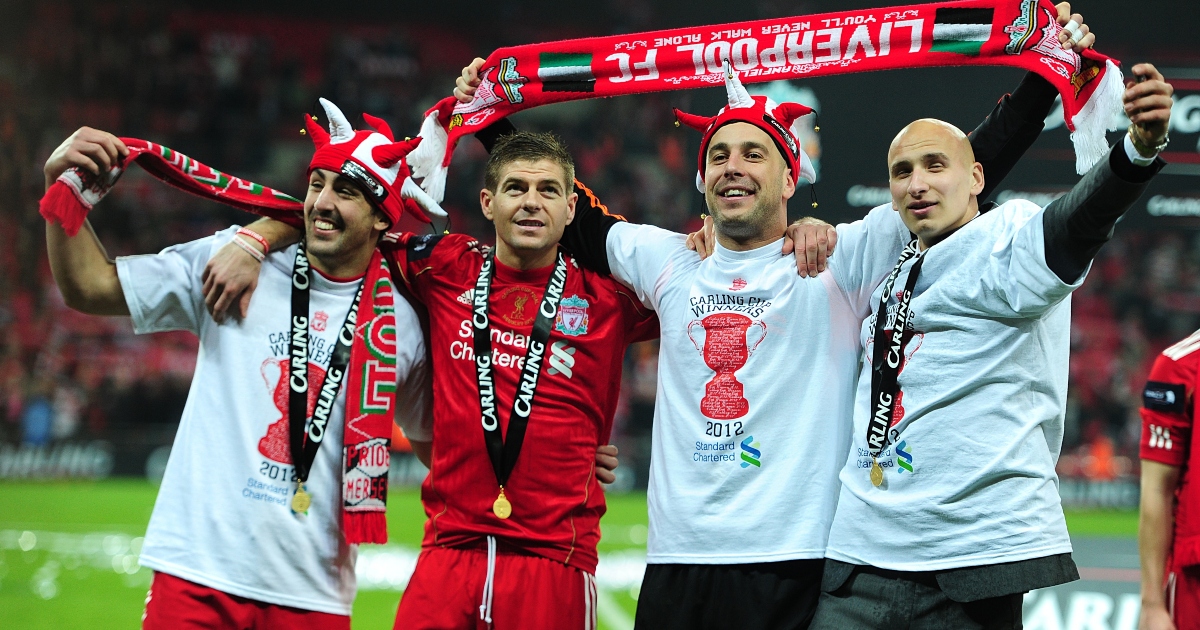 Steven Gerrard will “definitely” manage Liverpool at some point in the future, according to his former Reds team-mate Jose Enrique.

The 41-year-old was confirmed as the new Aston Villa head coach last week after leaving Rangers.

He replaces Dean Smith, who was dismissed after the Villans suffered their fifth defeat in a row to put the Midlands club 16th in the Premier League.

Gerrard enjoyed a successful spell at Ibrox – guiding the Gers to their first league title in a decade last season.

It is widely believed that the Liverpool legend’s ultimate goal is to manage his former club, with the Villa job being referred to as a stepping stone by some.

And Enrique says he will get his dream job one day, but not for a while as he expects current boss Jurgen Klopp to remain in the hot seat at Anfield for a while.

“I think he will be (manager) hopefully in a very long time,” Enrique said during a visit to Dubai regarding Liverpool’s brand expansion in the region.

“That means (Jurgen) Klopp is going to stay for a very long time.

“I know that the fans want to see Stevie as the coach of Liverpool, I want to see him as well. But listen, Klopp is on a different level at the moment to anyone else and I believe Klopp will stay for a long time, but definitely, he (Gerrard) will be a manager in the future, definitely.

“And obviously, it depends on how good he does for Aston Villa, maybe he might go to another club after that.

“Obviously, the future nobody holds but I believe one day, he will definitely be the manager of Liverpool.”

Elsewhere, Arsenal midfielder Martin Odegaard has named Sergio Ramos and Virgil van Dijk as the two toughest opponents he has faced so far in his career.

“That’s a hard one, of course I have to mention Sergio Ramos, I played against him a couple of times in Spain,” Odegaard said when asked his toughest opponent.

“Also Virgil van Dijk, I played against him with the national team, so I would say those two maybe. They were tough.”