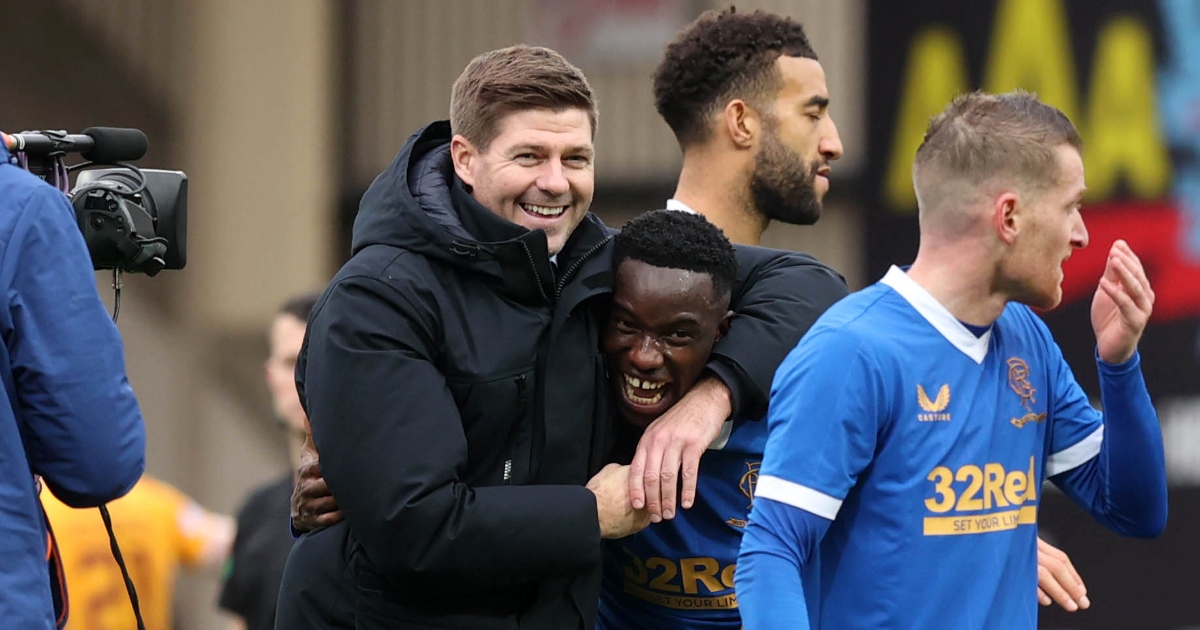 Villa announced on Sunday that they had sacked head coach Dean Smith after the club’s fifth successive defeat at Southampton on Friday night.

The 50-year-old joined the Villans during the 2018/19 season, guiding the club back into the top flight via the Championship play-offs.

Gerrard has emerged as a potential replacement for Smith, with the Daily Mirror reporting that he ‘is on Aston Villa’s shortlist as a candidate to replace Dean Smith’.

And his ex-Reds team-mate Carragher thinks the opportunity to take over at Villa Park could be too good to turn down.

“I think Aston Villa as a club would be a great move for Steven Gerrard, but the situation that he finds himself in right now is that he took the title off Celtic last season and he is in a great position to win it again,” Carragher told Sky Sports.

“I think in a perfect world you would want to stay at Rangers until the end of the season and come away from there with two titles.”

Villa are currently 16th in the Premier League table, but Carragher insists that Gerrard  “won’t get many better offers” than the managerial role at Villa Park.

He also hinted that his former captain should not wait for the Liverpool job.

“People talk about Liverpool. That might be two or three years with Jurgen Klopp,” Carragher added.

“You won’t get many better offers than Villa but in a perfect world I think he wants to come away from Rangers with another two or three trophies.”

Elsewhere, former Arsenal manager Arsene Wenger has revealed he was close to leaving the Gunners in 2007.

“2007 was a decisive point,” said Wenger. “It’s the first time I could feel there were tensions inside the board.

“He actually wanted to leave,” said Dein. “And I said to him: ‘You have to stay, Arsene.’”