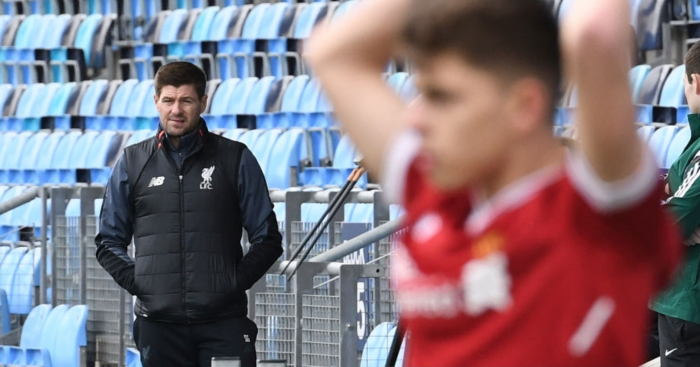 Adam Lewis has expressed his desire to make a Premier League matchday squad for Liverpool this season.

Lewis has been on the fringes of the first-team picture in 2018/19, training with Jurgen Klopp’s squad during October’s international break.

The midfielder, who revealed advice former Liverpool youth coach Steven Gerrard gave to him last year, was also named in the club’s 31-man squad for the warm-weather training camp in Marbella this midweek.

Gerrard once named the 19-year-old as one of the best players he had ever seen in his U18 side.

“Going forward, I haven’t seen anyone as good as him at that age, in terms of quality and what he can deliver in the final third,” Rangers boss Gerrard said in November 2017.

The player now hopes to impress Klopp enough to be given a proper chance when they return to Premier and Champions League action.

“Obviously I had an idea that I was going to be coming, but when he told me I was made up. All my family were made up too.

“[My aim is] Just to try and get on the bench or maybe in the squad for a Premier League game. Just to keep doing what I’m doing, to be honest.

“Everyone knows the manager gives opportunities and you can see it with Ki-Jana obviously coming off the bench [against Wolves] with four minutes gone. So he believes in you as players and if you do well then he’s going to give you that chance.”